This option of converting is mentioned under Actions / Aktionen.

Any solution or rewriting the mp3 program perhaps? Help is deeply appreciated!

Please show us your complete actual used format string to build the new filename.
A printscreen with your action would help too.

Any solution or rewriting the mp3 program perhaps? Help is deeply appreciated!

Re-reading the help perhaps?
"The field Words begin after any of specifies some characters which are marking the beginning of a new word."
And in this field you would have to enter all the characters after which you want a word to start, so in your case at least the [. 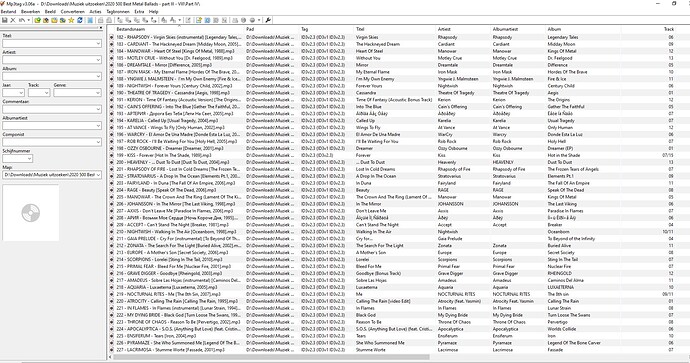 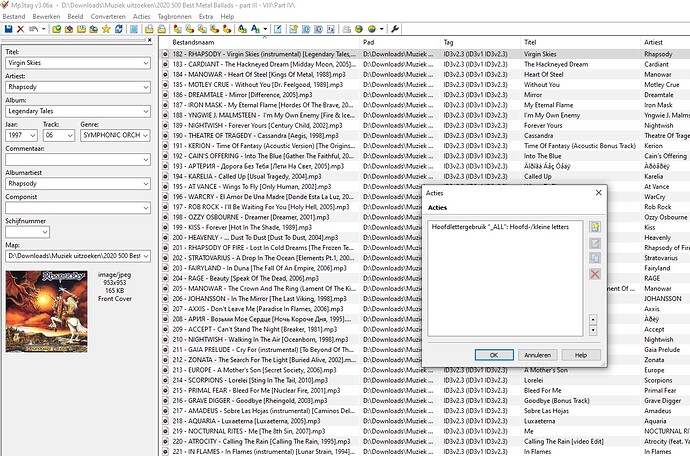 As @ohrenkino already wrote, you have to use the option "Begin woorden met:" and add at least the [ sign: 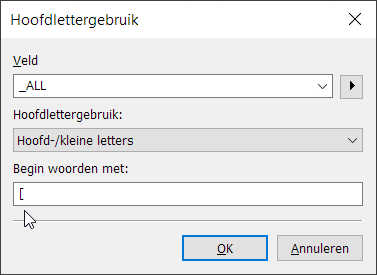 As field you have choosen _ALL, which really means all tags including tags like TITLE, ARTIST, ALBUM and not only the _FILENAME.

The english field description for the above option has a more precise description
"Words begin from/after any of:" 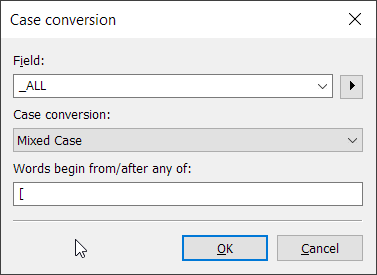 This means that the conversion will also apply after the [character.

Doing so leads to the result that the conversion after [ becomes right, but before the [ turns into lower letters. An example filename is : 246 - M.Z. - Tale Of Days Gone By (instrumental) [Under The Silver Cross, 2003].

I want this to be converted to 246 M.Z. - Tale of Days Gone By (Instrumental) [Under The Silver Cross, 2003]. So with keeping the artist name in capital letters and only converting the (instrumental) to (Instrumental).

Is this possible in 1 conversion or do I need to do more conversion and will all file names stay as I need them to be as shown above, because this doesn't happen

Tricky questions perhaps, but is it possible?

Thank you for thinking along

Tricky questions perhaps, but is it possible?

It IS possible, but you have to do that in single steps, Action by Action.
If you always want the first character in capital letters after a (, guess what you have to do?

If you always want to change the word "of" into small letters, create a simple replace action for that.

For all the special cases like "M.Z." or "U.D.O." you can create a separate action.

special cases like "M.Z." or "U.D.O." you can create a separate action

I would like to add that if you add most of punctuation characters to the list of characters after which a new word starts, then you are probably on the safe side.
This would also cater for "M.Z." - if you add the dot to the list.

In general: I think it does not make a lot of sense to invest so much effort in getting the case right in filenames - who looks at these names? The player? I doubt that. The player will most likely look at the tag data. The filesystem? I think that the only requirement for a filename from the perspective of the filesystem is: be unique.

So if you really want to fiddle with the filename: use Convert>Tag-Filename and some of the scripting functions to create a new filename. Like that you would also deal with

(Yes, there is, but this is something different than a case conversion and worthwhile to open a new thread).

Now there remains a problem with Roman letters

A post was split to a new topic: Remove dash from track number in filename