I have a quick question. When I have an MP3 that's been downloaded and it has a ARTIST NAME - SONG TITLE I right click the song and select MP3TAG to open it. When I do everything is blank and needs filled in. If I hover over the file in MP3TAG it shows me the ARTIST NAME - SONG TITLE. If the software knows what it is, why doesn't it populate those fields? Am I missing a setting or something?

If the software knows what it is, why doesn't it populate those fields?

Because the filename is no tag data. Only you know that it has the structure of ARTIST - TITLE.
So give MP3tag a clue and import it with the function Convert>Filename-Tag.
See also the HowTos on importing data:

How to import parts of the filename into the tag? Importing tags for filenames and directory names can be done by using the [Converter > Filename - Tag] Converter > Filename - Tag. The basic concept is the notion of a format string which describes the structure of the name to import from. The format string is built of either standard text (e.g., Music), placeholders (such as %artist%, %title%, ...), or backslash characters \ that denote directory structures. Here is an example that imports tag…

[ohrenkino] Thank you for the quick response. I tried to create an action to do this but failed. How would I do that or is that possible? See image01 to figure out the CONVERT>Filename-TagOnce. Then image02 to see the properties of what I screwed up. I'd like to make that an action as well but need some help on how to do that. Lastly, is there a way to automate this process so I don't have to select ACTION.then the actual action? For example, you open a directory with multiple songs and MP3TAG automatically runs whatever actions exist. I await your response and THANK YOU again.

To be honest, I do not see

The corresponding action would be "Guess value" with the source %_filename%. 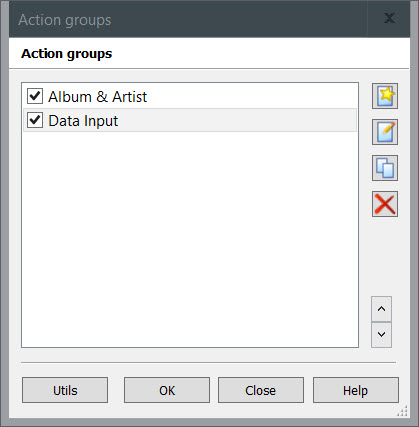 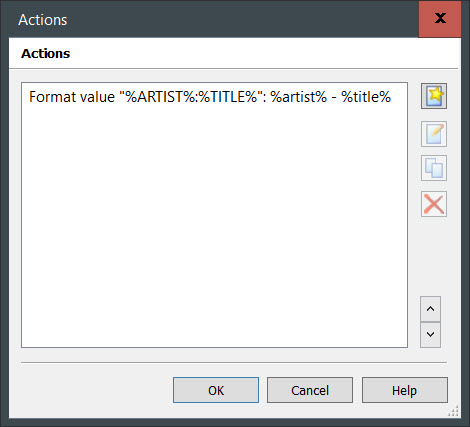 The second picture shows an invalid use of the "Format value" action.
With this type of action you set data for the named field.

Fieldname is a single field name (not several field names) in which the data should be stored.
The data is described by the format string.

The GUESS VALUE and source info works perfectly. You are the man....at least I think you're a man, LMAO.

THANK YOU! You can mark this solved. I appreciate you.