In addition to the other columns, it would be useful to have a column with the file size of the file

You know, I must be getting old - I had added some custom/additional columns a long time ago, but I've been so happy with MP3Tag, I haven't felt the need to tweak it for a long time

Thanks for the reminder

Is there a format that I can use?

simply use %_file_size%, no special formatting.

I'm not sure if there is a formula for MB as you wish.
I have created all 8 possible variants without and with $fmtnum and can't find your 1,234.5 format.
(My windows system is using an apostrophe as thousands separator, not a comma).

$fmtNum(x) formats number x with separator for thousands according to current locale settings. 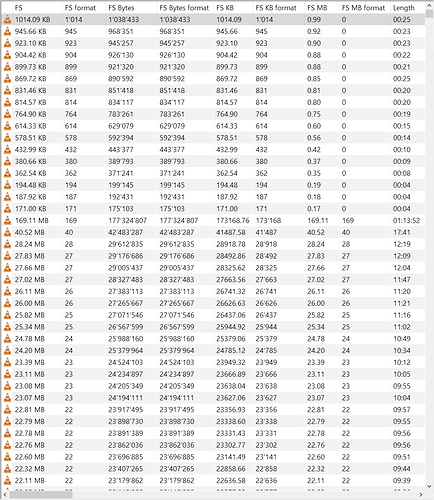 Using very big numbers, $fmtnum seems to "shorten" the values: Please check the line with 11.82GB (shown as 11) and 26.54MB (shown as 26). I can't say why the column with MB doesn't use a thousands separator at all and why the formatted MB doesn't show the numbers after the decimal separator. 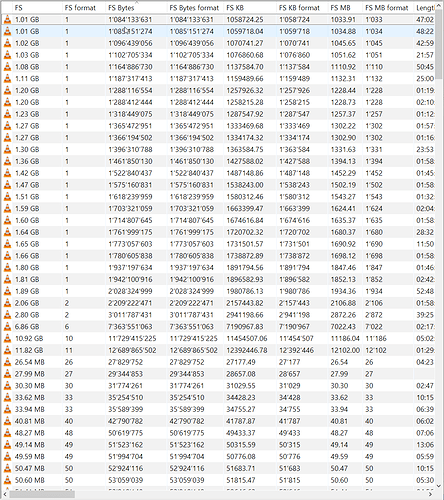 BTW, %file_size% is smart (always 2 decimals though) but it adjusts to GB, MB, KB etc, I would prefer to keep the units consistent just to make it easier to review

I was trying to figure out how to get some of both:

It would seem to me that adding a second parameter to $fmtnum(x, y) where optional y (default = 0) is the number of decimals would be a nice feature to add

It would seem to me that adding a second parameter to $fmtnum(x, y) where optional y (default = 0) is the number of decimals would be a nice feature to add