This is probably a dumb question, but what is the Album Artist, Composer, Discnumber tags (right above the album art) use by/for?

I typically leave these blank, but sometimes I see they are already filled out. Is that information I should fill out? 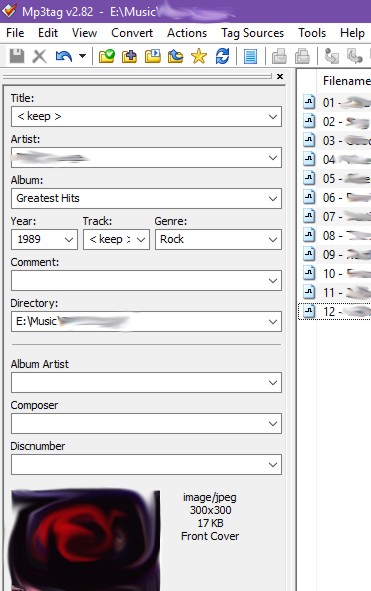 This is probably a dumb question, but what is the Album Artist, Composer, Discnumber tags (right above the album art) use by/for?
...

Any kind of tagging is mainly up to your own preferences. So do it as you like.

The ALBUMARTIST is often used to keep an album together that has several artists e.g. samplers, compilations or co-operations by more than one artist (e.g. Peter Gabriel and Kate Bush). So I would fill ALBUMARTIST always with the same name for one album.

Composer may be useful for classical music where you have loads of interpreting artists for one composition like "a little night music" by Mozart but performed by dozens of artists. So I would fill it there as you probably find no piece that has been performed by Mozart himself.

The DISCNUMBER is useful if you have an album that stretches over a number of discs and you don't want to get 4 number 1 tracks and 4 number 2s and so on. So I would fill it at least on albums with several discs.