Hi all ... total newbie here. I have a couple of problems but I'll ask about the most annoying one first.
I have a Camebridge Audio CXN (V2) network player and I am trying to play album files controlled by their free Android phone app. I'm loading my albums (mainly FLAC filles) onto a USB hard drive using the recommended library structure. I'm using MP3TAG to check and occasionally re-organize the metadata in the album files. Initially things were going well and I managed to get 5 albums loaded to the HDD plugged it into the Camebridge player and everything worked perfectly from the Android app. The sixth album however has it's files presented in an incorrect order on the app. The track numbers correspond to the appropriate track but they are listed out of order from top to bottom ... like this
03 track name
01 track name
10 track name
07 track name
and so on ...
Consequently the Camebridge player plays the tracks in the order specified by the app ... track 3, track 1, track 10, track 7 and so on.
All the metadata for the files seems to be listed and tracks are assigned their correct filename and play order within the MP3TAG software, as was the case with the initial 5 albums that play perfectly.
I could attach some screen shots but don't see any way of doing so on this forum.
Any help or ideas would be greatly appreciated.

I could attach some screen shots but don't see any way of doing so on this forum.

You can drag & drop a picture from your PC to your answer box directly.
Or use the 7. Icon "Upload".

Formatting script that puts all the most important info in the file name
gregmacc February 24, 2021, 8:41am #3 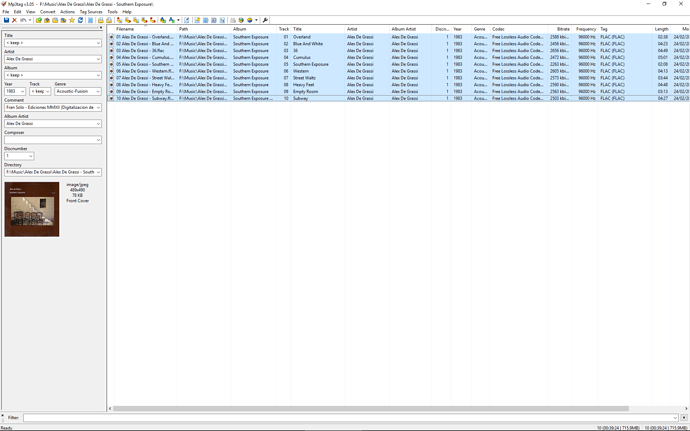 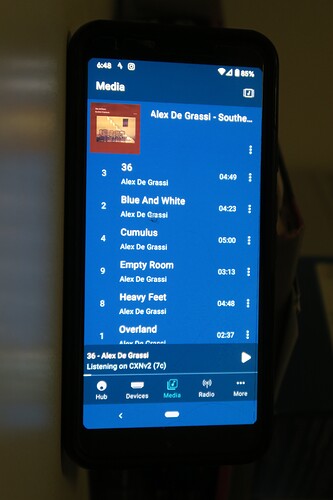 I don't know your «Camebridge Audio CXN (V2) network player»
Maybe you can switch this display sort order on your device or the Android App?

To me it looks like it sorts by TITLE and ignores the field TRACK - and the filename.

Also, I think that you have varying data in ALBUM as the tag panel shows <keep>for ALBUM.

... I've had a look around the app and there does not seem to be a way to adjust sort order ... I'll have a look at the Camebridge but I somehow doubt it ...

Just to check:
You don't have enabled/pushed the button "Random Order"?
https://techsupport.cambridgeaudio.com/hc/en-us/articles/360002696018-CXNv2-Series-2-Manual

all the previous albums have been sorted by track number though ...

[quote="ohrenkino, post:6, topic:52118"]
you have varying data in ALBUM as the tag panel shows <keep>for ALBUM.
[/quote] ... doesn't (keep) just mean that the album name is the same for all the highlighted tracks?

doesn't (keep) just mean that the album name is the same for all the highlighted tracks?

No, the opposite is true: the selected files have different data in that field. Check out track no. 10.

No, the opposite is true: the selected files have different data in that field.

OK so I get that now.
So I went back into MP3TAG and put in the album name in the album data field (with all files selected) and now all is good

Perhaps the player is not as bad as it looked until now.
I only saw the 3 dots at the end of the album name for track 10.
It could be that the other files also had slight variations in the album name like an added blank at the end so that the player sorted first by ALBUM, then by track.
Now, that you have unified the data in ALBUM, the criterion TRACK rules.

Thanks again ... I have another issue but I suspect the solution is related ... I'll post again if I can't work it out