Hello. I have a folder with close to 500 songs in it. About 6 of them show the correct album cover art. The others all show the same thing. I went through them all in MP3Tag and removed the cover art from all of the ones that were incorrect. Then I copied the files to a TF card and put them in my player and they are all still showing the wrong cover art. MP3Tag shows that there is no cover art for these songs but the old incorrect cover art still shows up. How do I get rid of it? I'd rather have nothing than to see the same wrong cover popping up almost 500 times.

Any ideas on how to fix this? Thanks.

MP3Tag shows that there is no cover art for these songs

If MP3tag shows it all correctly - it looks like a player problem, right? I would then assume that help should come from the player's support.
Anyway:
Have you set the explorer to show hidden files?
Mae sure it is, then check if there are any hidden jpg or png files (like folder.jpg) in the folders of the music files - and delete these files.
Also, delete all thumbs.db files from those folders.
Where did you check for VLC graphics cache?

Thanks but it's not a player problem. The same thing happens with two different players.

I do have show hidden files checked. There are no hidden jpg or png files in the folder and there is no thumbs.db file in the folder.

The VLC cache folder is in C:\Users\me\AppData\Roaming\vlc\art\artistalbum. I deleted the art folder and everything under it. It rebuilt itself and now only shows album art for the ones that are correct but they still show up in VLC player and on my portable player with the wrong cover art.

There are so many threads in this forum that deal with the display of covers in players where it apparently is the wrong one.
I found these with the search words "player wrong cover"

Hi there, First of all GREAT THANKS for this excellent and must-have free software! Here is my problem description: I put several songs in a folder, and used MP3Tag to set a different front-cover for each song. Now when I play these songs with VLC, some of them dispay a wrong cover! But when I play them with WMPlayer, all covers display allright! So my question is: how to correct the wrong displaying of some covers with VLC player please? Thanks in advance for any help! Versions: Mp3Tag …

I am completely new to this so apologies. Using J River as a player I noticed a lot of my library songs had the wrong cover art, all the same in fact. I used mp3tag and this corrected a few but not all. How can I eliminate all of the incorrect art. Thanks in advance

I have the wrong cover attached in all my mp3's I have selected the cover I want with extended tags but it won't rewrite it. In the cover block bottom left corner, there are three options and one is right but I don't want the others.

I have tried removing album covers individually and by selecting more than one file. Even though mp3tag (v3.04a) reports that the album cover has been removed and displays no cover, I find that VLC media player (64 bit, v3.0.11) still finds and will display "deleted" album covers. I also sometimes want to change album covers but, mp3tag will not change my mp3 file to the new album cover. In this case, even if I try removing the old cover first, the new one is not displayed. [Clipboard01]

Could you search for some more if they don't help?
And hoenstly: it is a player problem as the only program that shows what you expect is MP3tag. And Mp3tag will help you to get the data right.
E.g. you could filter for files that have a cover with
%_covers% PRESENT
and then see if any files pop up where you did not expect a cover.
Also, it may help if you showed us the extended tags dialogue of a single file that is displayed with the incorrect cover.

It was not a player problem. You should stop assuming that. Thank you.

This was not a problem in mp3tag. But the “folder” was using a thumbs cache and your player was picking that up. Certainly not something that I would expect should be the norm.
Great that you were able to resolve, but the solution you have marked is not really valid, and should have been from the previous suggestion by @ohrenkino to remove the hidden system image files.

It was not a player problem. You should stop assuming that.

OK, let us assume that it was sometthing else. Yet, it was also no MP3tag problem. Actually, only because MP3tag removed all the covers as you wanted, could you clean up your system so that it behaves you want it.
(And of course it was a player problem as the player did not read the information from the tags but from somewhere else).
I found this thread on updating the explorer iconcache.db (don't know whether your folder picture came from there) - but perhaps that helps in case you have another incident like this: 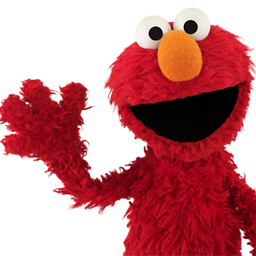 It was not a player problem or a MP3Tag problem and my solution worked when nothing else did, so I think that it was a valid solution.

Here is some more information...

By default Windows uses the name folder.jpg. That file is usually in the same folder but it doesn't have to be. It can be anywhere.

One person wrote that he copied a folder from an older WinOS onto Win10 and then he was not able to remove the folder image. That's probably what happened to me as well. I got a new computer about a year ago and I probably copied the whole folder.

Checking the Show Hidden Items box in Explorer didn't work for me. I had to go to Folder Options (you can type it in the Search box in Win10) and uncheck Hide Protected Operating System Files as well.

Also in Folder Options, you can check "Always show icons, never thumbnails" to stop Windows from associating images with folders.

For the record, VLC Player creates copies of the files and stores them with the name art.jpg or art.png.

You can keep telling yourself that it was a player problem but the problem was obviously created by Windows. The previous suggestion by @ohrenkino didn't work because the file wasn't there. I couldn't find it so I deleted the folder. My solution worked perfectly, and now you have more information about how to prevent it from happening in the future instead of someone just repeating the mantra that it was a player problem, which it was not.

I still maintain that a player should NOT be using a hidden system file as the image, so in that view it IS a player problem. And the previous help did suggest you remove the hidden image files, which in the end was the solution. How you arrived at the solution in the end did resolve this in your case, but could have been achieved without moving the files/folders.

It was a Windows issue.

It seems that VLC is often the player that exhibits this issue with cover art for many. The VLC image cache is likely used to speed up access for the player. These are stored in some format on first play, then accessed by the player for anything on the same artist and album combination moving forward. How it gets these images, including from the typically hidden Windows system files, seems to be a bit of a mystery. And updating or deleting them is very laborious. Seems they didn’t account for users that make changes to their artwork.

But for the sake of others with this problem, please note the above suggestions to isolate and correct the display in VLC. Perhaps reporting the issue to their forum is the better alternative so it can be improved for their player in the future.

The bottom line here is that mp3tag has made the changes to the file. The player has not picked up those changes.

How it gets these images, including from the typically hidden Windows system files, seems to be a bit of a mystery. And updating or deleting them is very laborious.

It's not a mystery at all. VLC gets the image from an embedded cover of a file when you play it first and stores it in %appdata%\vlc\art and it's subdirectories. (Cache)

Understood, but that doesn’t explain why it also requires a user to delete all of the hidden system file images to finally have VLC find the correct updated image. Even after flushing the VLC cache file. That’s the common theme from all of the threads mentioned above that I am referring to. I don’t use VLC so I can’t speak to the internals of that program. But it seems there should be some other way to force it to update tag info from the embedded file info, including the art image. Embedded details should always take priority over cache or downloads IMO.

Understood, but that doesn’t explain why it also requires a user to delete all of the hidden system file images to finally have VLC find the correct updated image. Even after flushing the VLC cache file.

Because it is not correct.
If VLC does not have the image in it's cache-folder and there is also no embedded image in the played file, it grabs an image with the common names "folder.jpg(png)", "cover.jpg(png)", albumart.jpg(png) ... for showing.
But VLC does not use these files to save a new image-file it it's cache-folder. For this purpose it only uses embedded images.

Also the priority is clear:

Therefore it cannot be, that VLC shows these folder-images if the VLC-cache is cleared and there is an embedded image in the media-file.