I've made an action, basically works fine except \ (which shows as a dbl slash on screen but only single here???) that aren't in existing artist tags sometimes seem to appear when I drop a file into MP3Tag. Trying to replace that with space or nothing seems to fail in terms of what MP3Tag show BUT renaming files the \ and what follows it don't appear. So...it seems to not work in one way but does work in another. How can I fix this? 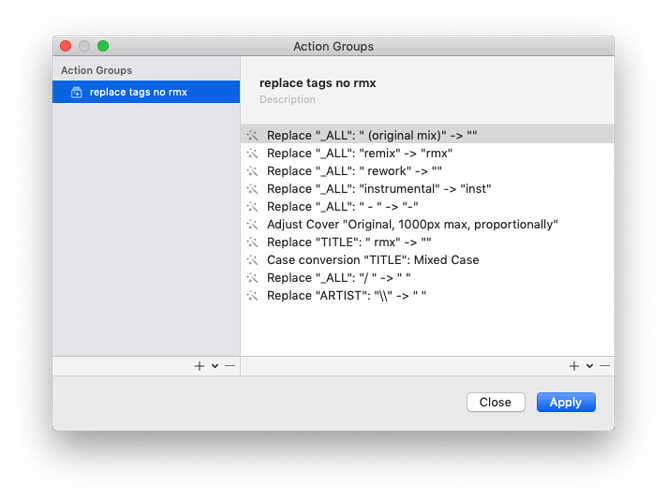 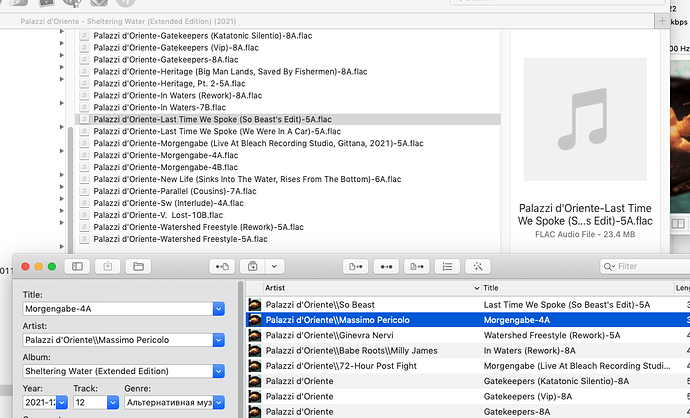 The double backslash is MP3tag's way to show multi-value fields.
Check the extended tags dialogue for such a file and you will see several fields of the same type.

Before you process all instances of such a field, it is often helpful to create an action to "Merge duplicate fields".
see

Mp3tag for Mac provides a variety of Actions, which can be used on filenames and tags. The actions can be applied individually via Actions → Quick Actions ⌥⌘ 6 or be grouped into named and reusable Action Groups via Actions → Actions ⌘ 6. Action Groups serve as repeatable workflows in Mp3tag for Mac. When using Quick Actions you can select one of the different available action types from the list. This action will be applied to the selected files and the changes are saved immediately. Tip 1…

Use a separator different from the double backslash when merging.

Excellent, some new stuff to investigate and learn there - I had no idea you could have duplicates of a field but now I know. All fixed and working, thanks!