(sorry my english is not good)
I put the cover in the music and entered the album, but when I put it in my phone, the cover did not appear 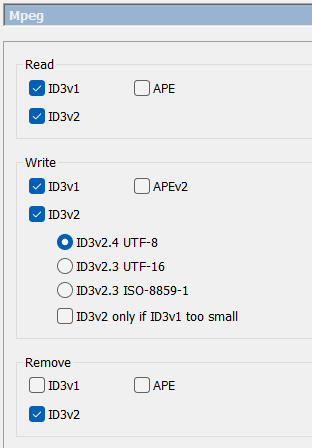 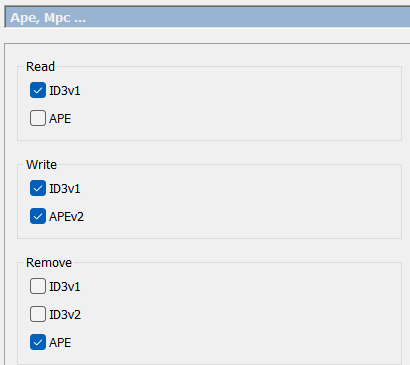 but when I put it in my phone, the cover did not appear

Does the player on your phone support covers at all for wav files?

I put the cover in the music and entered the album, but when I put it in my phone, the cover did not appear

Most players and devices do not support cover images, along with many other metadata fields, embedded in .wav files. Your best bet is to use one of the more common lossless formats like FLAC or ALAC. These are far more flexible with this info.

What does that tell me about the features of the player?
If you want to listen to a lossless format, what about @MotleyG 's suggestion:

Which means:
I doubt that the player failing to display covers in WAV files has anything to do with MP3tag and the tagging but with the feature set of your player.

So, either change the file format so that your current player can cope better with it or use a different player.

On a side note:
According to your options you write ID3V1 tags but you never delete them.

Also, I would write ID3V2.3 tags and not ID3V2.4 for best compatibility.
Yet, I doubt that this has anything to do with the cover problems.

Oh, when I converted to flac, the cover appeared.
I tried another player and both the flac and wav covers appeared.
So that's how it is, thanks guys!

Correct. As I mentioned earlier, there is very limited support for any tagging for files in .wav format. There is no standard for this.

Plus there is the benefit of slightly smaller file sizes using FLAC or ALAC.