Data transmit on the forum(s)

Just a simple thought, i do not expect an answer. In various forums (and chat), it is quite common to misunderstand each other's thoughts -- virtual era's symptom. They can even lead to insults. Or we have to explain our idea in an unnecessarily wordy way.

One reason is, of course, the language barrier. One other, however, is that only 7% of the data is transmitted in writing: the rest is pronunciation, facial expressions, and body language (and some others).

As i mentioned, this is just a thought -- i do not know a solution. (Smileys are a small help.)

Video message instead of text: we would not really want such a revelation of our personality just for technical, not private, reasons. And searchability would also be lost, we would not have the patience to listen to videos, instead of running through the lines. 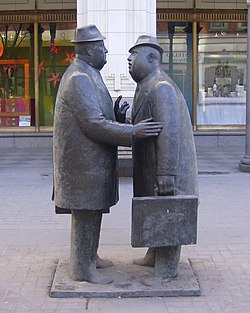 Communication (from Latin: communicare, meaning "to share" or "to be in relation with") is usually defined as the transmission of information. The term can also refer just to the message communicated or to the field of inquiry studying such transmissions. There are many disagreements about its precise definition. John Peters argues that the difficulty of defining communication emerges from the fact that communication is both a universal phenomenon (because everyone communicates) an An important d...

the rest is pronunciation, facial expressions, and body language (and some others).

I think of the German psychologist Friedemann Schulz von Thun and the 4-sides-model of every communication.

For the receiver it means to try to get the factual part of the message and filter out all the other bits as some kind of noise.
Or in short: be benevolent, assume the good intentions.
And if the factual part is hard to get, then ask - politely.