Hello there, I have files with poor data and they need fixing.

I am thinking that there must be a way using actions and it will involve guess values, but I am not sure how exactly to achieve what I want:

Firstly, as in this screenshot: 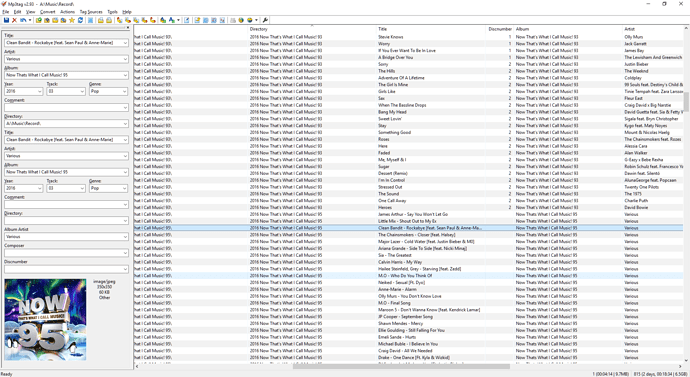 Use an action of the type "Guess value"
Source: %title%
Pattern: %artist% - %title%

need mp3tag to pick up any occurrences

I think you already got a fair number of hints how to get along with brackets and stuff:

Remove words between round brackets + the brackets Support

Hi all, I've got some files with words between round brackets in tags and filename and I want to get rid of the stuff like: original: (We are) The Road Crew what I want: The Road Crew But this for multiple files at once where the words between brackets of course vary in length. How do i do this?

How about adapting this to prevent it being applied when the filename / title contains '(feat. )' regardless of the number of characters within parenthesis? How would this be done?

Hello there, I am trying to clean up my music library and have come across a problem. I am trying to clean up the artist tag so it only contains the primary artist. It would be good if any other artists tagged could be removed from any tags and instead the filename be amended to include the other artists in the following format: File Number File Name (feat. second artist, third artist etc) feat would be additional text* Could someone please help me with this?

and if this is not enough, try the search word "move feat" in this forum.

Thank you for your comprehensive reply. I have semi got this working.

What it does at the moment is correct the artist by extracting from the filename, put this into the artist and albumartist fields, change square brackets with round.

I want to create a %feat_artist% tag so that this can be extracted and input into the filename.

Example of file to be changed: 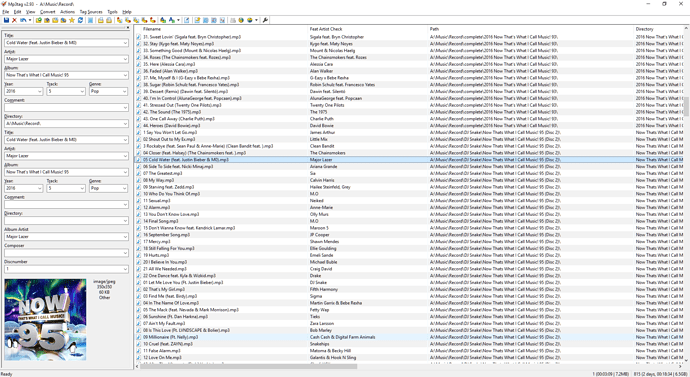 I have tried to incorporate this into an action but it does not update the 'Feat Artist Check' column in mp3tag. 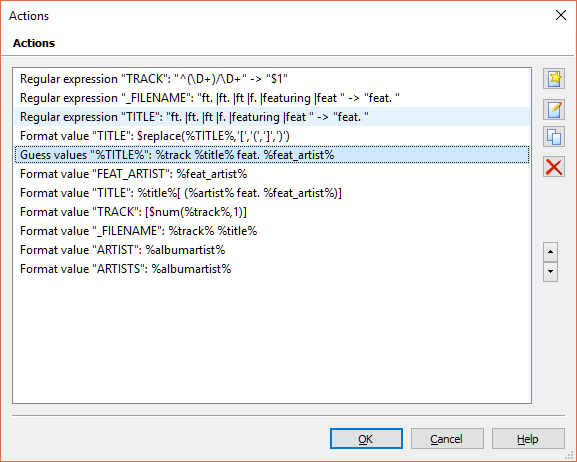 I don't know why this is.

At the moment, the end result of using this action is: 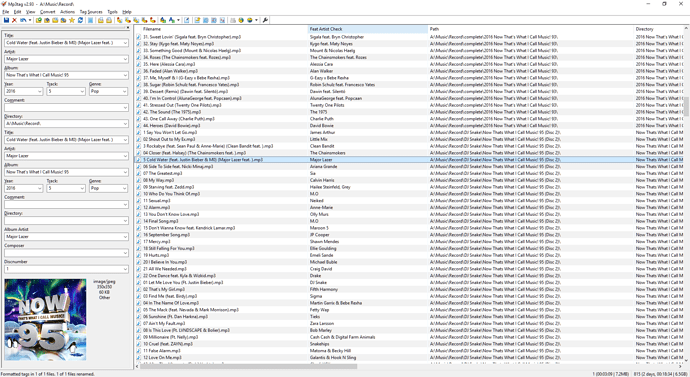 Instead of finding (and changing to feat.) any instance of any variant of ft. in or outside of brackets and adding all that data after the artist name, it puts it in the wrong order:

I don't know why this is.

Thanks for your reply. There was a % missing but adding it didn't fix the problem. Still can't figure out how to fix it.

You also had the erroneous regular expressions in the list of actions (cf. actions 2 and 3).

If you enjoy building complex action groups, please ensure step by step that each action is performing the changes you envision.

Thanks for your reply Florian. Before integrating into this action group, I tested action 2 and 3 and they do work.

It's something later on that isn't working.

I also need to try and cover instances where there is no artist in the filename but one does feature in the artist field, like in the example below: 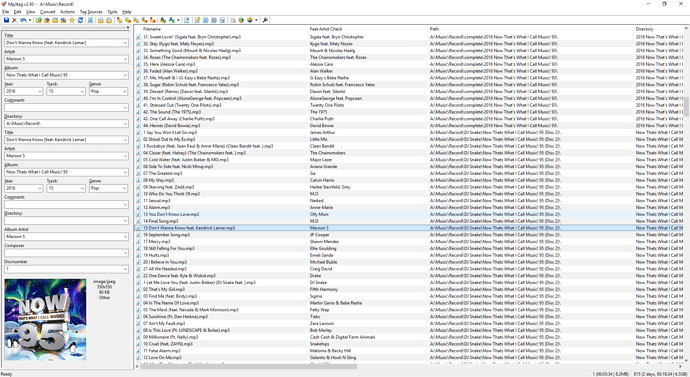 It's probably due to to a non-matching format string at "Guess values".

Look, Cold Water (feat. Justin Bieber & M0) doesn't include "%track%", " feat.", still has the featuring artist in parentheses and so on. So it really doesn't match your format string
%track% %title% feat. %feat_artist%

From now on, please refrain from posting complex action groups that are not working and ask what's wrong. There are too many of your topics following this pattern already. It's not the purpose of this community and I find it disrespectful of people's time.

Instead, try to identify by yourself what's not working. Trace it down to the one action that doesn't produce what you're intending. If you don't understand why, you're welcome to ask about the detail and learn from that.

There is this quote, which I like in this context

I hope you learn to fish, given the vast resources that are available and the helpful community.