Hello I am trying to create a Tool entry in my right click for MusicBrainz Picard. I have the program on my win11 but under Parameter: I don't know what to put.

I have tried - /add "%_filename_ext%" and check marked - "For all selected files" But when MusicBrainz Picard opens it opens a single instance for every single file instead of one instance with all file selected listed inside this one instance.

Can anyone help me so the program only open 1 instance with the files I have selected in Mp3tag listed?

To be sure, you have to ask the people at MusicBrainz how to start MB Picard with multiple files per command line.

According to the Picard documentation, it should work with the latest Picard v2.9alpha1-Version:

maybe in combination with

Yes I understand this works but if I select more than one file it opens a single instance for each file instead of both files in 1 instance.

In this instance I tried - -s, --stand-alone-instance

And MusicBrainz ask for an Authorization code. I entered it but it still opened multiple instances and no file was even listed.

As I tried previously at least a file would be in each instance.

What do the people at MusicBrainz say?

I'll see. I just asked in their forum. 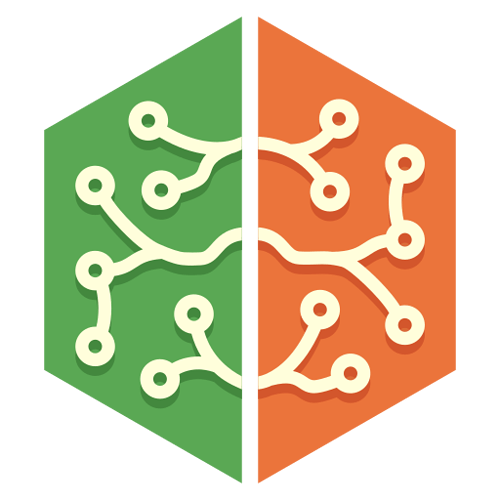 Calling up MusicBrainz from within Mp3tag

Hello, I use Mp3tag to tag most of my mp3’s but sometimes I need a little help. So what I am trying to do is from within Mp3tag call up MusicBrainz Picard by using the right click Tools menu. Tools - Options - Tools - MusicBrainz Picard What...

There are a number of web source scripts available to access information on Musicbrainz.
So I wonder what a direct call of Musicbrainz would do better.

When I have an album such as Billboard Hot Country Top 100 Songs of 2015 it is of various artists and each song is from a separate album. So it has its own cover art and other info. As a source script it only looks up 1 song at a time. Or 1 album at a time. I can go in on MusicBrainz and look up all the songs at once tag them and get the cover art. This is why I wanted to add a Tool so I could highlight the songs that need info, right click go to Tools and select MusicBrainz. This works but it opens a separate instance of the program for every song verse 1 instance listing all the songs I need info on. If I use MusicBrainz alone it will open the complete folder of songs.

How would this be decided if any song was on multiple albums? Typically the album art displays the cover of the actual current album, not the original.

Well as in this case the Album is best songs of 2015 so usually the album song comes from a 2014 or 2015 album. Each song is listed with the artist, album it came from and it has the cover art for that album. This is why I want to use MusicBrainz as a Tool because it can open multiple files and batch look them up individually and save the info. When using MusicBrainz as a Tag Source/Script it only looks 1 song at a time or a complete album . 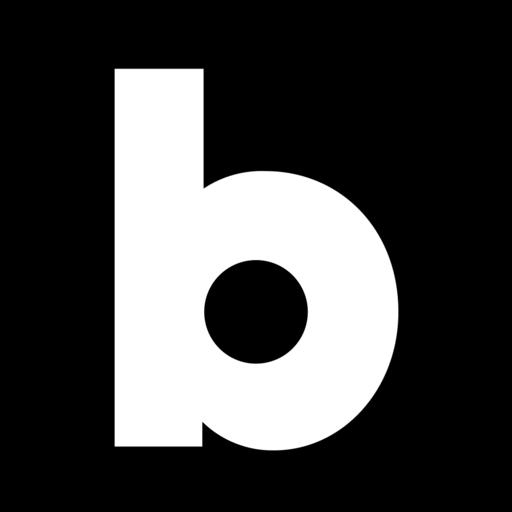 THE YEAR’S MOST POPULAR COUNTRY SONGS, RANKED BY STREAMING ACTIVITY FROM DIGITAL MUSIC SOURCES TRACKED BY LUMINATE, RADIO AIRPLAY AUDIENCE IMPRESSIONS AS PROVIDED BY LUMINATE AND SALES DATA A…

That would be more like a playlist IMO. If that is the case the songs can each be treated like they are actually from the original albums. Then just keep them together using the playlist option. Just a thought at least.

I don't have any problems with a playlist. I am using one of Milka's exports that I modified that creates an html listing that I have for every album in my music library. And all of these albums are listed in a Master HTML Directory.

It seems to me you are interchanging the terms
Album and Playlists kind of loosely. Typically a single album in the traditional sense would be that which was commercially available. It would have a single matching pair of AlbumArtist and Album, and single artwork (front cover). In a digital library, each track is a separate entity, but using these tag fields they can be kept assembled by the library functions of most players.

Of course you are free to manage your personal library any way you choose. Especially with artwork, there are plenty of options to add more to each song. But the caveat here is that most tagging programs aren’t going to help to automate things that are out of the norm. And almost every player out there will default to show the cover of track 1 for all other songs anyhow, especially for mobile and car stereo platforms.

But when MusicBrainz Picard opens it opens a single instance for every single file instead of one instance with all file selected listed inside this one instance.

This will work with the newest Alpha-Version from Picard 2.9.x 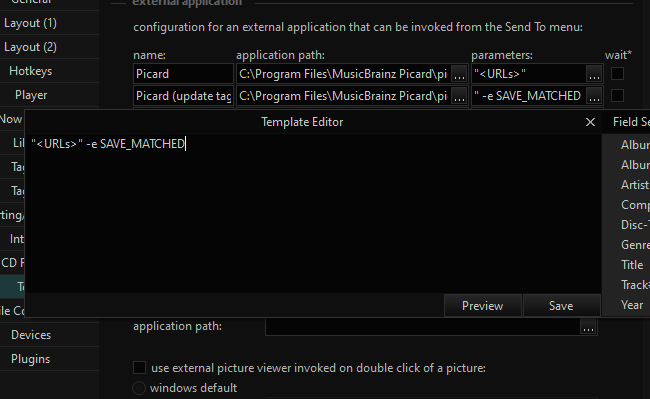 Sending files from MusicBee to Picard, any way to automatically save matched...

That would work, but this is a new feature of Picard 2.9, for which we recently released an alpha version. If you are using any older version this feature is not available.

But there is one little caveat:
You have to start Picard 2.9.x-alpha with 1 (and only 1) file first from Mp3tag.
As soon as Picard is running, you can send multiple additional files to the running Picard instance. 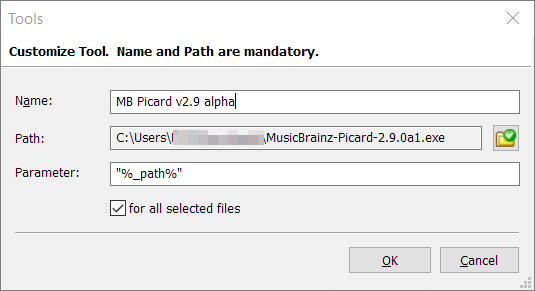 Nice! Thank you its working as you described!