How to cope with artists who change their name

How would you tag the albums of a band which decided to change it's bandname from "Mandolin Orange" in "Watchhouse" in 2021, had 6 albums under name of "Mandolin Orange" from 2010-2019 and 1 album under name of "Watchhouse" (2021).
It's not just that they have this new name for their latest album. They seem to use this new name also for their older releases and record shops and streaming services already list the old releases under the new bandname, partly with a hint (formerly called "Mandolin Orange"). Even covers have changed to the new name.
So it's not like "The Artist formerly known as Prince".

Normally I stick to the albumartist name of the original release, i.e.:

and if there are newer compilations of songs from older albums I take the albumartist of the release and the artist of the original releases.
But usually the artist name is not changed so consistently that suddenly the old name is replaced even on older listed albums and even on their record covers.
("Marius Müller Westernhagen" ist still to find on his old releases)

By the way, I physically sort my albums by album artist\album. So I have to decide in which folder they end up too.

In my collection every artist is credited as written on the respective album or from the available infos I find online (MusicBrainz, Discogs, Amazon, artist official homepage). If "Cat Stevens" release an album as "Yusuuf Islam", this Yusuf Islam becomes a new artist like every other artist.

There is no relation between Cat Stevens and Yusuf Islam in my collection, other then my knowledge, that this is the same person.

If there is a need to get "all albums from Cat Stevens and all his alter egos", then I would add some user defined tag like "AlsoKnownAs" or something similar and fill it with all known alternative artist names.

The only artist/band that I had so far was Wang Chung/Huang Chung.
They used the first name to conquer the charts and later went back to their roots.

The good thing about players is that they search also just for single words so "Chung" is currently enough to get all the tracks.
The fields ARTIST and ALBUMARIST are now filled with "Huang Chung; Wang Chang".
The folder is named accordingly.
I have not yet thought about a more general approach.

Perhaps a criterion could be that the files should be retrievable by the player. Perhaps the ~SORT Fields help ...

If "Cat Stevens" release an album as "Yusuuf Islam", this Yusuf Islam becomes a new artist like every other artist

Which always drives a person looking for order like me crazy, at the latest when he releases his last two albums asr "Yusuf / Cat Stevens".

However, my example "Mandolin Orange / Watchhouse" occupies a special position in my opinion, because I can't remember that the previous albums of an artist were offered under a new name after they changed the bandname. The album design remains the same, only the band name is changed.
Amazon e.g. shows the cover with the imprint "Mandolin Orange" for the purchase of the CD or the vinyl record, for streaming and MP3 "Watchhouse".

According to an annotation on MusicBrainz:

Do not merge with the Mandolin Orange reinvention named Watchhouse.
These are not just alternative names: the reinvention is a different project with a much different name.

Discogs speaks about an Alias:

I don't see so much "reinvention" and others don't see it too. 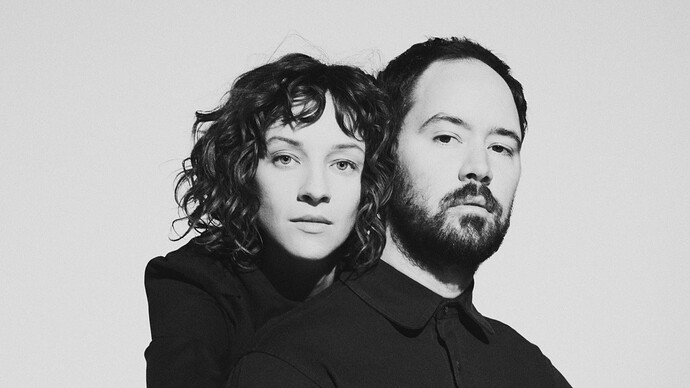 I guess it is personal, like so many other choices we make for our library management. For me, I would leave them as they were for the original albums, and what your version shows as the AlbumArtist.

With this format, any player that supports the sort fields will show search results for either name. And for players that don't support sort, they will just be ignored.

and others don't see it too.

I mean, do you really change your band name because of COVID-19 and because you remember a place where you have been in your youth to listen to music?

Cat Stevens converted to Islam other change their band name because of nice memories. Anyway - it doesn't matter. Because it's YOUR collection and your decision how to use and organize it.