How to Remove Letters before "/" in Title Tag

I have a number of files with title tags that are partially in Japanese. It goes "Japanese title / English title".

I'm sure this has come up before, but I'm not sure how to retag my files to remove up to and including the "/" and keep only the English title. The Japanese characters are annoying because

If someone could explain how to do it and how it works, it would be greatly appreciated. Thanks!

Unfortunately nothing happened. If it helps:

Are we talking about the

Looks to me like spaces in front of the slash and behind it.
So my suggestion can only be as good as your input.
So, please tell us exactly what you have in the tags.
And if there is nothing in the tags then import that data into the embedded tag data and re-wrtie the filename from there.

Sorry for being vague.

I want to change the title of the song to only have "A Single Wish", the English name. This needs to be applicable to about a hundred other files with a similar title-naming scheme.

Just to clarify I am doing it right:
Go Actions, Actions (Quick), Guess Values, and enter those? It still doesn't seem to do anything. 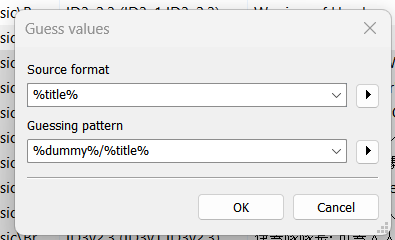 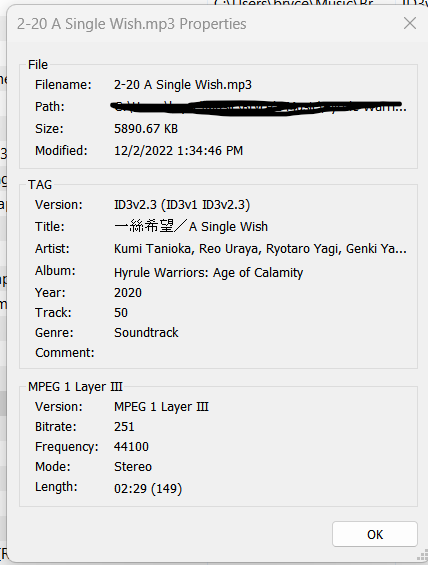 It looks like you do not have an ordinary slash as separator but something else.
I suggest that you copy that slash-surrogate from the TITLE and paste it in the action

That did the trick! The character was ／, which is not a normal slash. Thanks!