It's a minor issue, but sometimes the scrollbars in the Adjust Tag Information are inconsistent. (See attached image). If the suggested titles are many characters long, and the current filenames are short, one list will have a horizontal scrollbar and the other will not. This causes vertical misalignment.

In the attached image, both lists are of the same length, but visually it does not appear so. 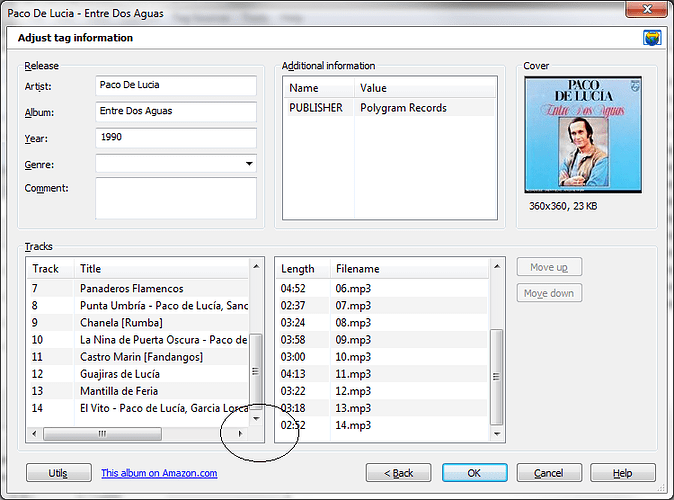 It's not the same as your suggestion, but I've added a synchronized selection between the two lists with Mp3tag v2.94.