I've just released Mp3tag v2.95 and wanted to take the opportunity to detail some of the new features and changes for you.

You can now toggle file list columns via the context menu on the column header. This way it's easy to enable and disable columns you only need in certain conditions. It's a long-requested feature and I'm already using it quite often. 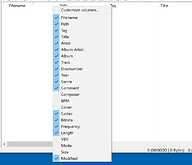 If you're one of the aficionados of Mp3tag's action feature, you can now create nested action menus by using the # character in the action group name.

Support for subtracks at Discogs

The Discogs tag source now supports subtracks. I think it's great and it's probably most welcomed by people who have lots of classical music to tag. The example shows King Crimson's Lizard. 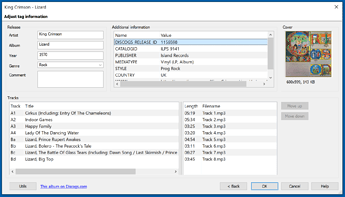