Musicbrainz script does not work properly. Below is a picture. 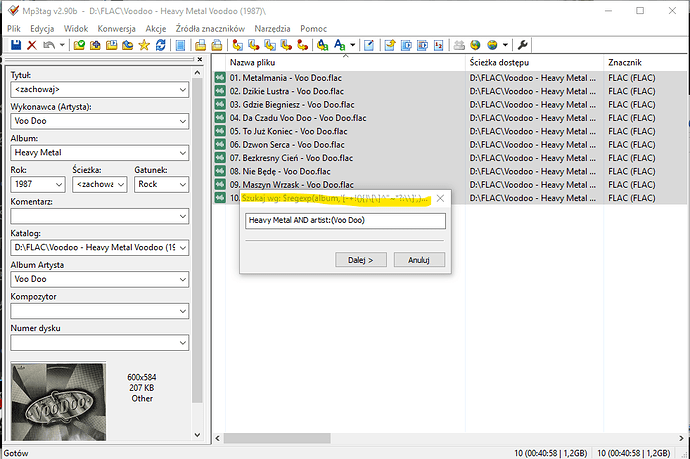 The artist (or group) "Voo Doo" doesn't list such an album called "Heavy Metal" on Musicbrainz. You can get only results for artists and albums available at MusicBrainz.

(There are actually 4 artists called "Voodoo" (one word). But also none of them has an album "Heavy Metal" actually listed).

In my interpretation of the bug report, the OP is referring to the scripting functions in the dialog caption. @boruts, can you confirm?

Am guessing this is an issue of the information not being on musicbrainz...see clip from Discogs which lists the artist and the label as Heavy Metal Classic for the 1987 reissue but the original from 1987 is listed as "Heavy Metal"....similar issues where some Bandcamp releases don't show on Discogs