Not pulling in Featured Artist information from Discogs

For years, I've used MP3Tag for editing MP3 tags. I did not want to get too detailed with the tag information but I also wanted some consistency. The consistency that I decided on was Title (containing track title), Artist (containing "album artist"), Album Artist (also containing "album artist"), Album (yet again, "album artist").
Example:
Artist: Nas
Album Artist: Nas
Album: Nas
Title: One Mic
The way I was playing my media, this worked out fine. I wasn't too interested in album information & this allowed me to have "clean" tags & not see a whole bunch of "Unknown Artist/Album", etc

As my media library has grown & I've wanted to easily access the media across multiple devices, I've decided to invest in & setup a media server. While doing so, I've also decided that I wanted to populate as much "correct" tag information as possible (using Discogs as my source). In the process, I've been using a mix of MP3Tag & MediaMonkey to make edits. Something that I've recently noticed, MediaMonkey will populate "featured artist" in the Title Field, MP3Tag does not. Am I doing something wrong here? In many ways, I like to use MP3Tag over MediaMonkey. I would really like to use it as my only tag editor.

Something else that I'd be interesting in hearing how others are approaching....What method of handling "featured artists" has worked out best? From what I've researched, there is really no standard. I've played around & tested having that data in the Title field & the Artist field. I'm finding pros & cons of both routes. The data part of my mind wants that information in the Artist Field. Almost all media players I've used will display that information better if it's in the title field.

Thanks in advance for any assistance &/or opinions on handling featured artist.

MediaMonkey will populate "featured artist" in the Title Field, MP3Tag does not.

How do you get the data from discogs into MP3tag?
Which would be an example where MP3tag does not get the featured artist but MediaMonkey does?

How do you get the data from discogs into MP3tag?

I'll use the Discogs button on the toolbar. Either searching by Album or release ID. 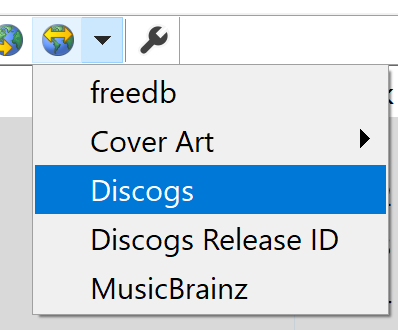 Which would be an example where MP3tag does not get the featured artist but MediaMonkey does? 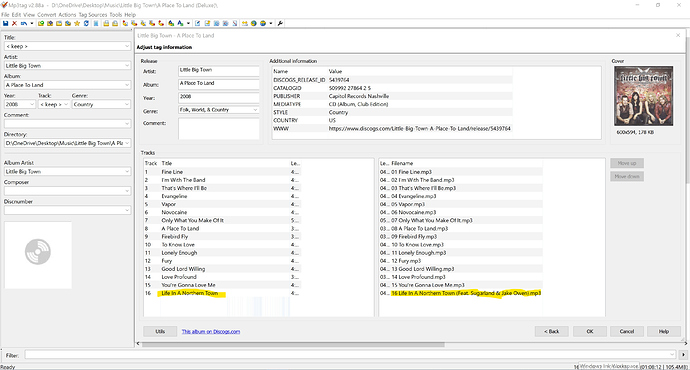 After I applied the tag updates from MP3Tag it removed the featured artist information from the title field.

I then went to MediaMonkey & performed a Discogs Lookup. In case you're not familiar with MediaMonkey, it highlights all cells that it finds updates for in blue. The other cells it wants to update are usually Case Conversions (which I like in MP3Tag bettter), track number (always leading zeros...which I also like better with MP3Tag), & Date (which I really want in "yyyy" format...again, also like better in MP3Tag) 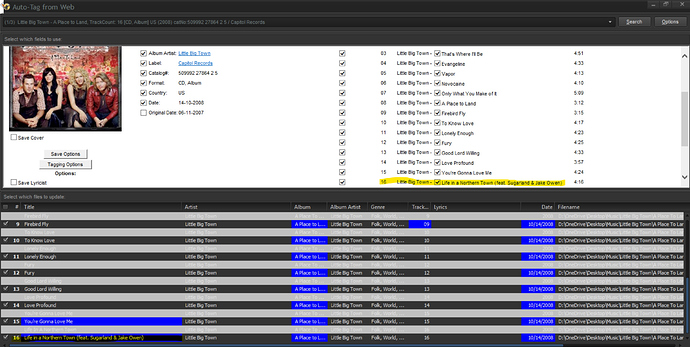 This is a limitation of the official Discogs tag source in Mp3tag.

You can see from the details page of this release, that the featured artist is not part of the track title and is listed (along with other information) as sub-entries to this track.

When I was looking into this, I did notice that on the release detail page. I thought maybe there was a setting in MP3Tag that I was overlooking or doing something wrong since the same release ID was used by MediaMonkey & it was populating that information.