Other Music Software not picking up values in tags

I like to sort my music with the help of filtere searches in beatport (called smart folders in itunes i think).
I am using mp3tags to bulk edit my tags and then display and filter the same directory in beatport.

I have two problems:

I know that this might well be a problem on the beatport side, but would be greatful for any insight into how to write to specific field/tags in other music sorting programms.

Beatport seems to suggest mp3tag as the program of choice as well now, so i dont get how they dont give any information about how to write to their tags!

Thank you in advance for any help or advice.

Overview of all available tag fields, their names in Mp3tag, and how they are mapped to the internal structures of the different tag formats. Mp3tag is the universal Tag Editor.

As far as I can tell STYLE is no standard field, Look at the extended tags dialogue and see the name of the field. If it turns out that it is a user-defined field, then you need a player that can read user-defined fields, e.g. foobar2000.

The list I referenced above shows that MOOD is a field only available for ID3V2.4 tags.

thanks for the tip with the mood field. i was writing with the wrong id3 version after downloading the new version of mp3tag. changing the version solved that problem.

regarding the STYLE field, i cant seem to find any documentation on the beatport pro site on how to write to that field. would you have any idea how i could find out about it? haphazardly tried to access the metadata with mutagen, but to no meaningful insight.

regarding the STYLE field,

This is what i see in beatport pro: 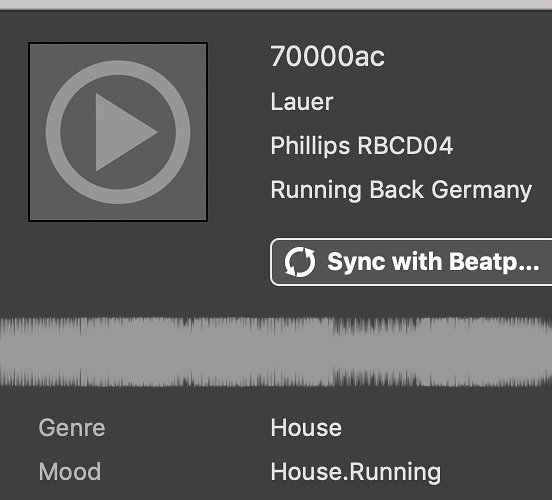 And this is what i see in mp3 tag: 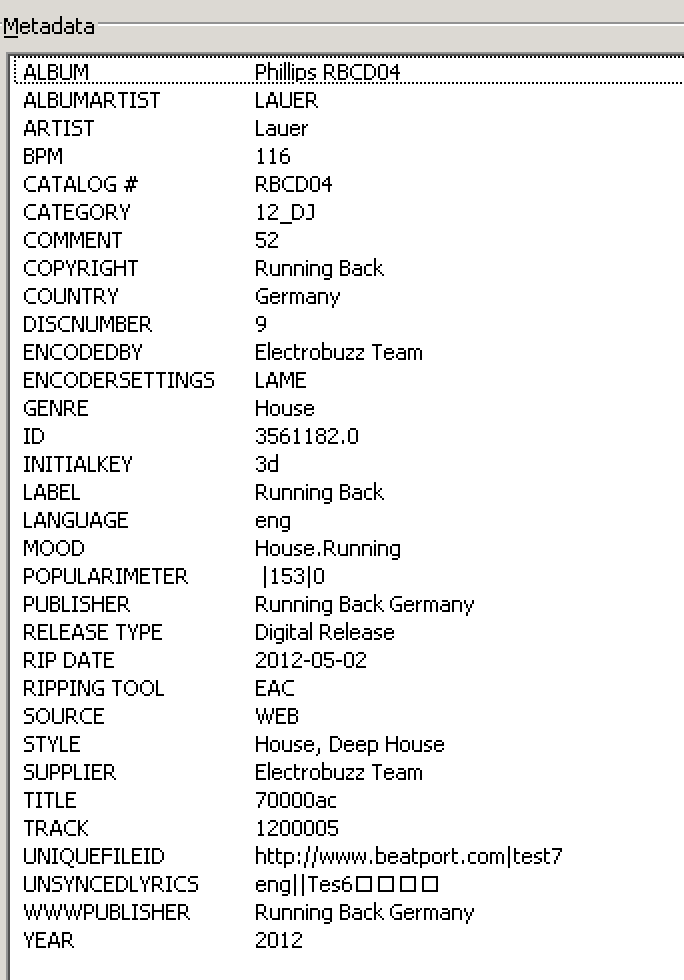 Well, it shows that there is a field called STYLE.
But apparently your player cannot deal with user-defined fields.
You could try foobar2000 which has that function.

i am more wondering about those fields in beatport pro. how can those fields have values assigned without any mention of them in mp3tag (and other tag editors)?

Does beatport have a database for tags?
If so, the information is not stored in the tags but in the database.
(iTunes does something similar and one has to force it to write information to tags... don't know if that is also possible in beatport).

Must be something along those lines. I havent found that feature in beatport pro yet though, will keep looking.