It would be really nice if anyone can point me to the right Registry location that I can delete or edit in order to remove this entry on this certain context menu. I should also note that a similar context menu appears when right clicking the File Explorer without selecting files or folders.

I also apologize in advance if creating a new topic is inappropriate; the relevant topic was already closed. Thank you very much. 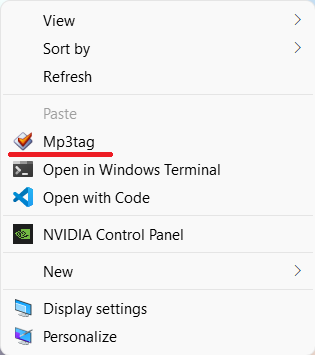 I don't use windows 11, but according to the online description, Easy Context Menu v1.6 should help you to clean your context menu entries, including the entry fo your desktop menu. 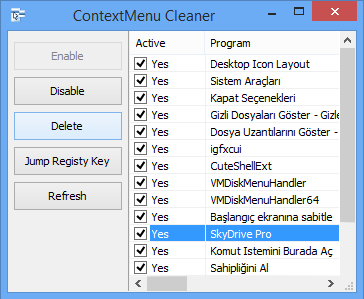 Please let us know, if this fixed it for you.

Thank you for replying.

Unfortunately, the application did not fix my problem. As with other context menu editors, it could not detect Mp3tag in the "Desktop" entries. But the Registry directories in the application did lead me to something - the ID of Mp3tag, or something, in the Registry, namely 6351E20C-35FA-4BE3-98FB-4CABF1363E12.
I searched the entire Registry for this particular string, and I think I found the responsible entry, which is: Computer\HKEY_CLASSES_ROOT\PackagedCom\ClassIndex\{6351E20C-35FA-4BE3-98FB-4CABF1363E12}\35795FlorianHeidenreich.Mp3tag.ShellExtension_3.11.0.0_x64__hyhc94k68ebpm

Concatenating a _bak at the end of the entry fixed the problem, while leaving the context menus such when selecting folders and files intact. However, it also presented a peculiar side effect: the "Open in Windows Terminal" option was also removed. I'm not sure if this Registry entry is tied to something else other than the context menu so an explanation would be appreciated.

Here are the results of the Registry tweak: 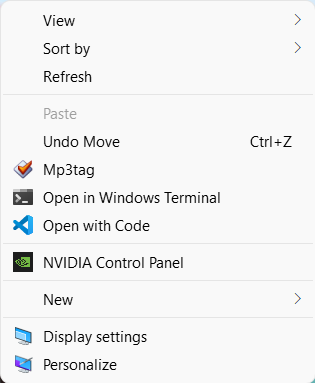 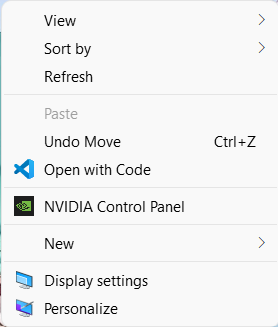