I have a Astell Kern SR25 Player with Android based OS. All albums with special German characters (like ä, ü etc.) are being displayed correct on this device, except for the latest Rammstein album. One song „meine Tränen“ has garbage characters around the „ä“. Strange is that the Song „Lügen“ is correct. I was wondering if this is an issue which can be resolved by a change in the tag. File is FLAC. 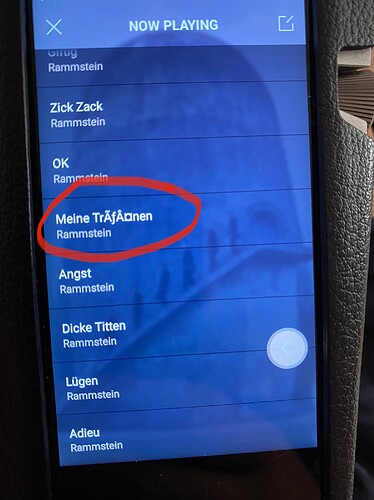 Both MP3tag and my network Player (Volumio Primo) is showing the Name correct. 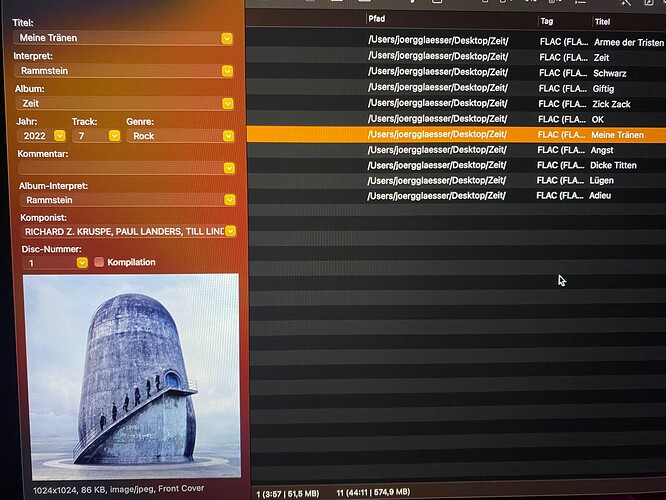 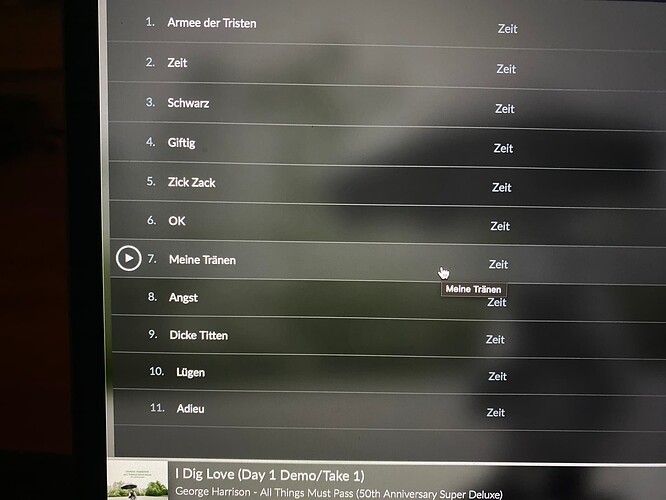 then I would assume that the Android player has a bug

Yeah, that was my first guess as well, but since I also have other Songs on this device with a correct „ä“ I was not sure. Thanks anyway!

are these files also flac files?

Yes, Flac as well. I have not touched the Tag itself, since I bought this album at HDTracks. The only thing what I have done was changing the filename, but this applies to the other songs with „ä“ as well.

AFAIK FLac files and vorbis comments use UTF-8 character encoding.
You could check whether the problematic file also has ID3 tags (which is not according to standard).
Still, it does not make much sense that only 1 file should show this problem when there are no other differences.

Yes, it‘s really strange, even due to the fact that MP3Tag and Volumio is showing it correct.

Did you check for ID3-Tags in the file?
Or: what happens if you re-write the tag?

How do I Check this? I am on Mac. I have re-written the Song Name a few Minutes ago and Checked it, still the same issue. Complete removal of the Tag I would like to avoid, because There is much content.

Usually the extended tags dialogue shows the tag versions in a file in the dialogue title.
That should not show anything with "ID3".

But: cut tag-paste tag usually removes all invalid tag data and writes only the valid parts.
You should not loose anything from the vorbis comments with that method. 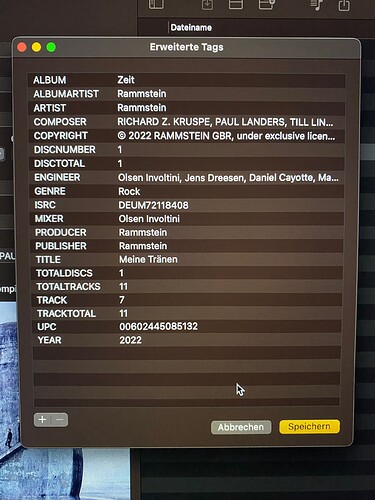 I copied and paste the Tag and it looks identical.

I think we have explored every option on the tag end.
Now it would go on to investigate the player's features.
But that you have either have to do locally or with the support of the player.

Yes, I think so too. I guess they won‘t care.

Thanks anyway, really appreciate your support.

Things to look for on the player:
Does it have a cache or database for tag data?
How can that be updated?
(It could be that the tag data is now OK but the player still reads the initially stored data from its database).
But this is just a wild guess.

Or:
If you could supply this file and one that is apparently working OK.