First of all, congratulations and thanks for a impresive program.

I'm trying to tag my huge collection of music (starting with many OST) and use mainly MusicBrainz.

I know Picard automatize this work, but need retain manual control of the actions, and mp3tag is perfect for that.

I know, the spanish translation it's so good, but if you need help, say me

What exactly do you mean with "language of album"?
Could you please show a printscreen with this field in MusicBrainz?

MusicBrainz doesn't host any cover image. All cover art is hosted in the Cover Art Archive, a joint project between the Internet Archive and MusicBrainz.

Attach the image for the language & upload . Ok, you are right, MB not hosts the images, but its linked directly with the info disc, I suppose have a method to obtain this reference (look-up in the API)

I found a reference in MB API :
https://musicbrainz.org/doc/External_Resources
The example is in python, but have other programming language...
http://python-musicbrainzngs.readthedocs.i.../api/#cover-art 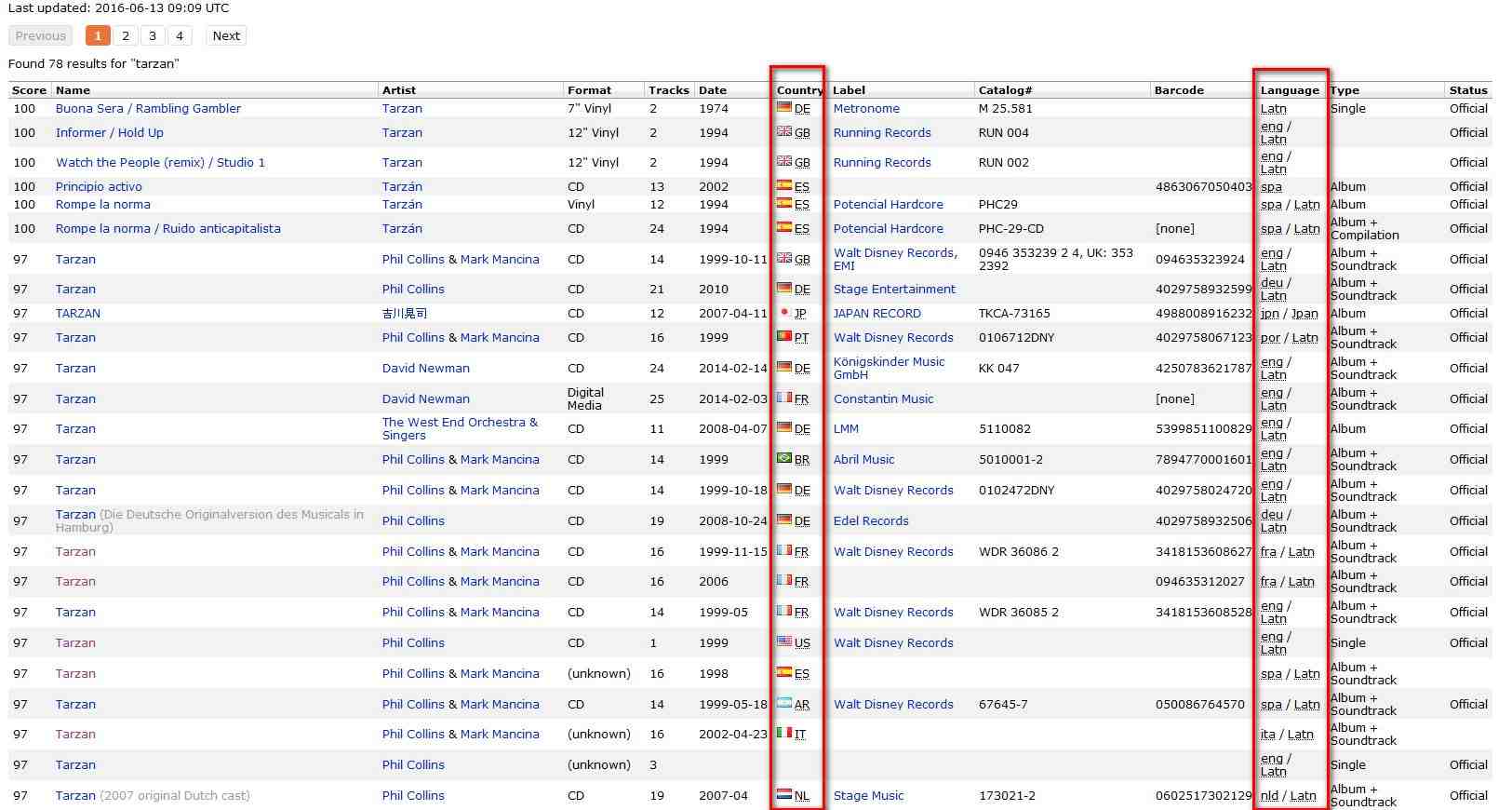 Just for the records:

This field is a part of ReleaseEvent and describes the country in which an album was released.

have a look at the supported fields:
https://docs.mp3tag.de/mapping
I think you find a language field there - so why not fill it?

So I cannot edit the tags to show the language of songs I have in Italian, French, and Spanish and have it show up in the "Language" column which I created? Sometimes I'm in the mood for Italian ballads or French Pop.

Of course you can edit your files with whatever information you like.
BUT:
MusicBrainz will NOT tell you which songs are written in Italian, French, Spanish or whatever language.
As I quoted above, the "language" informations

There is actually no way using MusicBrainz to get the language of the lyrics itself, only in which language they are written on the cover.

Additional Info for your example with the release "Tarzan" from Phil Collins:
In this special case of a Musical, it could be that it was indeed translated into different languages, like the German one:
https://musicbrainz.org/release/da30e752-e6...35-bf215ab2d746
or the Portuguese:
https://musicbrainz.org/release/19677f27-3c...22-39d5459712a2
or others.

But in case of "No Jacket required" (as an example) all the 25 different releases contain tracks with english lyrics:
https://musicbrainz.org/release-group/86b46...99-dcac079938d2
even if they are released in Portugal, Japan or Germany.