[Suggestion] Write 'folder.jpg' to all folders with files selected

Long time mp3tag user here. I just noticed some behavior that I'd like to see changed.

I am tagging and adding album art (or saving to disc without embedding to each file) and have a few cases where multiple disc albums have each disc in a folder. While there's usually no problem with mp3tag and my tagging source getting the proper disc number written among all the files in multiple folders; it only saves folder.jpg to the first folder.

It would be nice if it would automatically save it to all folders in which it's tagging. For example:

Files and folders usually do not matter at all to MP3tag.
Also, external non-audio files are usually not of MP3tag's concern.
But for your problem, the missing covers in the file system, there is an action, see the documentation:

Documentation on the Export Cover action type that can be performed as Quick Action or as reusable workflow from Action Groups. Mp3tag is the universal Tag Editor.

Unfortunately for you, this means that the pictures have to be embedded first,at least for 1 file in such a folder.
Otherwise, there is no automatism that spreads files all over the file system.

The Export Cover to File does not cover what I am doing as I am not embedding covers in files. I did that once and found it to be unnecessary since my mobile player will read the folder.jpg and use that as the album art for the album. In this case I am using the "export to disc" option in the Tag Source with the album art unchecked. Here's my process: 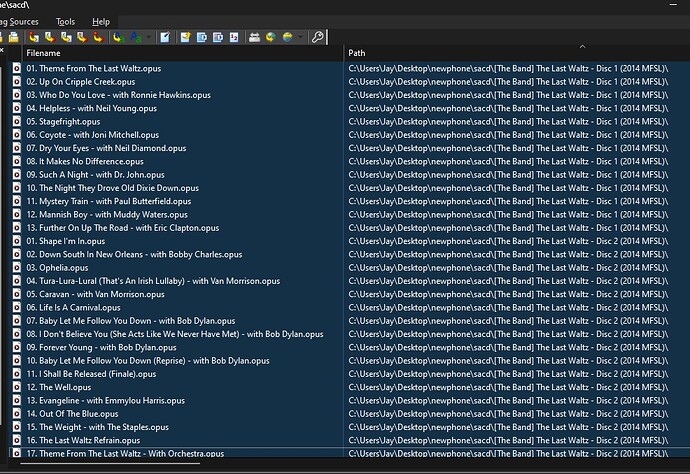 Disc 1 and Disc 2 of this album are split across two folders. I select all files from both discs. 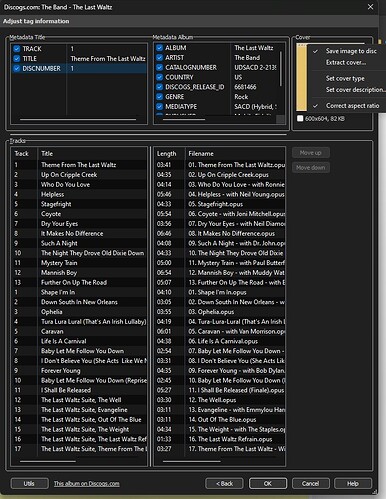 Tag source has no problem with this. It correctly orders the tracks and has the DISCNUMBER field populated properly. Album art is not embedded, but "save image to disc" is checked. 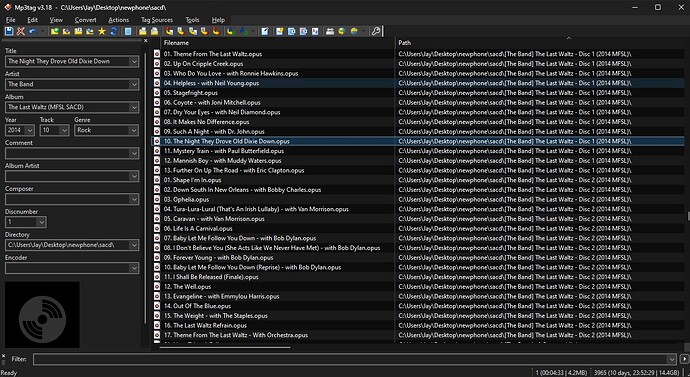 Tags are properly written to files in both folders and album art is not embedded.

folder.jpg is written in the Disc 1 folder (max limit 3 embeds)

But not in the disc 2 folder.

I would have expected the behavior to write the file to both folders. I realize this can't be done in the current version, but I was bringing it up as a possible suggestion for a future version. I will likely be done with this mass-retagging project long before the next version comes out; but it might be of use to others. It will also help my future efforts when I add more music to my phone...as none of this stuff comes out tagged properly for the media player.

For the time being, until this feature gets implemented, there are the 2 simple workarounds to either tag 1 disc after the other or to copy the file in your folder structure.
Or you could revise your proceedings and ponder why the media player does not display files properly - perhaps that needs embedded pictures ...