The other tags are shown as usual. Actionsgroups using these tags don't work.

Older versions don't have problems to read all tags. Mp3tag 2.52 is OK. All APEv2 tags are shown.

I'm using Mp3tag with wine and Linux which works fine since years.

Could you still check the settings in Tools>Options>Mpeg and see if you actually read APE tags? 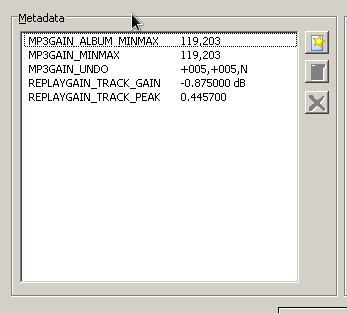 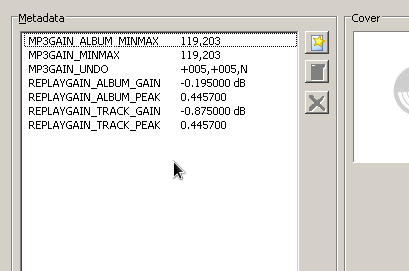 After some investigation and grepping I've located the bug in mp3tag.cfg.

The problem results from deleted! mapping entries which are still present in mp3tag.cfg - but invisible (and therefore undeletabe) in the user-defined field mappings window.

Some times ago I tried out mapping of APE tags but deleted them after. But they aren't deleted completely - they disappear from mapping window but keep still active in config file. Strange.

The mp3tag.cfg is backed up. If a developer wants to do some tests...

I would then throw away the old mp3tag.cfg.
A new one gets written as soon as you open (and close) Mp3tag again.
You will losoe your custom settings though and various input histories.
Actions, web sources and exports are kept.