This checkbox doesn't seem to do anything. 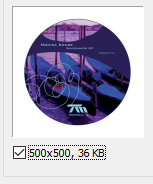 Is it for saving to file? I unchecked it and it still asks me to overwrite the existing coverart.

I tried to reproduce the problem.
I have not used websources with the version 3.14a before.

After unchecking the checkbox MP3Tag indeed asked me 1 time if to overwrite the existing coverart.
I then played several times with the setting "saving to file" and the checkbox.
After that I could not reproduce the problem any more.

Maybe something has be triggered in the old configuration for using the first time?

Is it for saving to file?

It's for importing the album art to the file.

You can use the checkboxes next to the field names to choose which fields should be imported or left out. The same applies to the album art.

Unchecking it should not import the album art to the tag and, thus, should not ask you to overwrite existing album art.

Can you check again? I've just tried with a fresh install and a configuration from v3.12 and could not reproduce what both of you were describing.

Sorry, I thought it was for saving to an image file.

I think I created a thread to expose this as a checkbox like the embed to the audio file one. But if not I may do so. 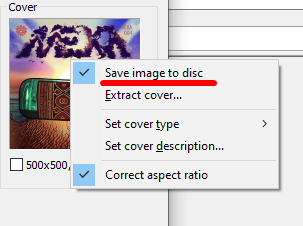 I think I created a thread to expose this as a checkbox like the embed to the audio file one.

I've added the first entry to the main UI with Mp3tag v3.13 added support to enable and disable import of cover art via checkbox at Tag Sources confirmation dialog. Not sure about the second entry though, I don't want to visually clutter the main UI too much. It's already confusing for some.