Is there a way to have Mp3Tag difference between albums loaded into Mp3Tag when using the online tag sources to writes tags? Example:

I have loaded two different albums into Mp3Tag, and now I want to get tags from the online sources, but I Mp3Tag recognize the different album tags in the audio files, and thus do two searches rather than a single search for both albums. However, Mp3Tag only searches for one of the albums (which makes sense). It is somehow possible for Mp3Tag to difference between the two albums and thus do two searches? 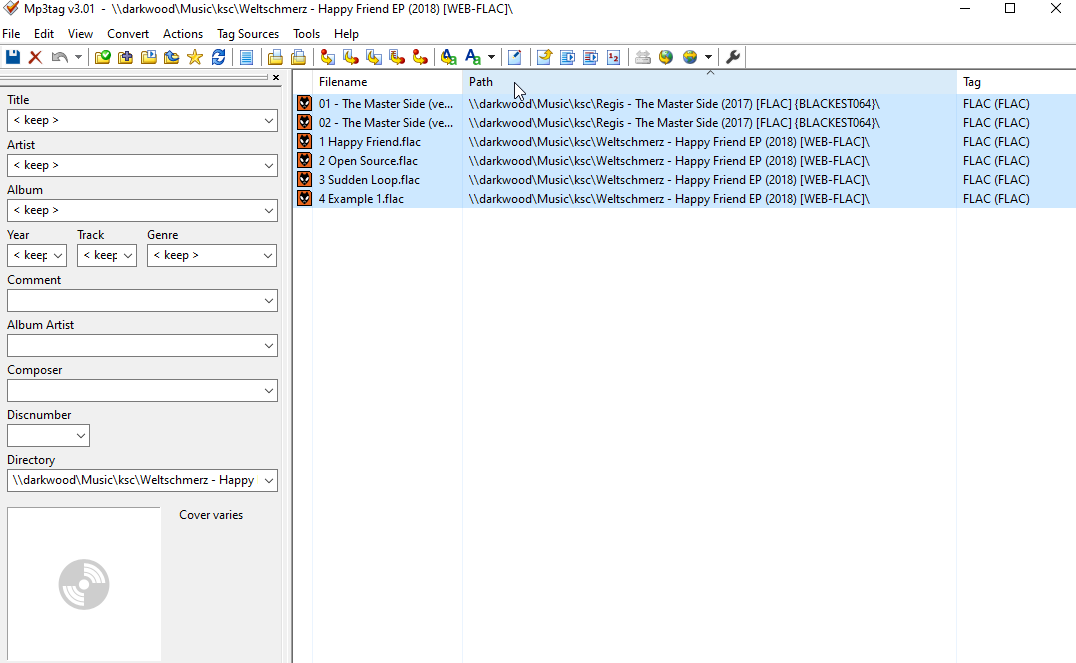 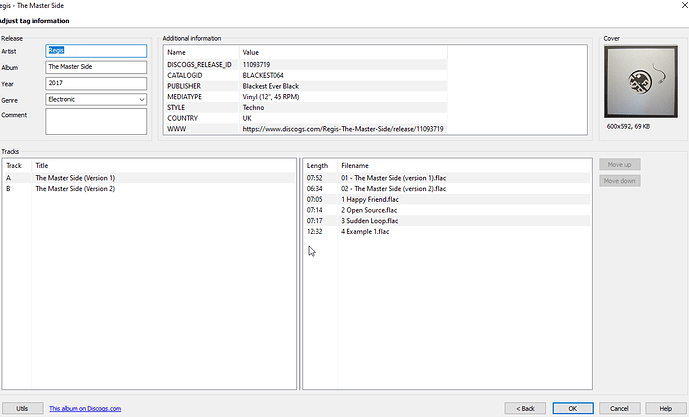 I hope my question makes sense.

The biggest chunk that can be treated by a web source script is that what fits on one web page.
MP3tag does not structure your selection, getting the correct separation is your task.
See also here:

I've removed some of the posts here, as they didn't contribute to the topic at hand. Mp3tag cannot find this information automatically. You'd use one of the #development:web-sources-scripts to find the album for each individual track. If you're looking for an automatic solution, you can try MusicBrainz Picard. It uses audio-fingerprinting to identify tracks and also supports writing the data it identified back to the files.