When I send multiple files from foobar2000 (using Run services) to Mp3tag, not all files "landing" in Mp3tag's list, only some (sometime only 1) of them. Repeating 3-6 (!) times the operation in foobar usually resolves the problem.

Sending files from Total Commander I never saw such behavior. I think, it is associated with foo_run (and it is Florian's brilliant work, too - thanks for it!) or with foobar itself.

They most likely have little in common with your issue, but maybe reading those will guide you toward if not explanation then at least a workaround

Zerow, thank you for your reply. I read them - but still my workaround left the click-click-clik...

Or, drag and drop.

But I see, in my first comment I did an error. Those 2 scripts are not for sending files, or sending folders, but for folders and parent folders. The right ones:

Or that your solution only work a certain percent of the time?

I've managed to overcome my problem with sending files from FreeCommander to Spek and Spectro [http://forum.freecommander.com/viewtopic.php?p=24094#p24094] but I completely forgot, that I also have a problem when sending files from FreeCommander to Mp3tag [http://forum.freecommander.com/viewtopic.php?f=18&t=7106]

One file is not a problem. But when selecting multiple files for sending, not all of them are loaded to Mp3tag; and that bug doesn't seem to follow a pattern

[I've recently tried different settings if FreeCommander, even more than why I dealt with the Spek and Spectro issue, but It didn't helped]

-- but in most cases. Big difference!

I could switch to Total Commander; or point out the makers of FreeCommander to this TC solution, in hopes of them utilizing it somehow

Sorry, the problem is back.

I tried: 2.87a-b-c
Ready to try other versions, if Florian thinks, and sends me (or points to) the installer(s).

You can now use a plugin foo_run_group_v1.01 to open files as a group of files in mp3tag. This works perfectly.

@stevehero
Thank you for your tip. Sorry, it does not solve the problem, at least for me.
"C:\Program Files '('x86')'\Mp3tag\Mp3tag.exe" "%_path%" sends only the first selected file to Mp3tag, whatever settings (wait, thread...) I use.

And, in general: any program without english help is not serious in my eyes. Japanese help file with google translator is not my best best friend... I gave it up.

Here's the syntax. I didn't need to translate the help. I got it to work without.

Screenshot of my setup 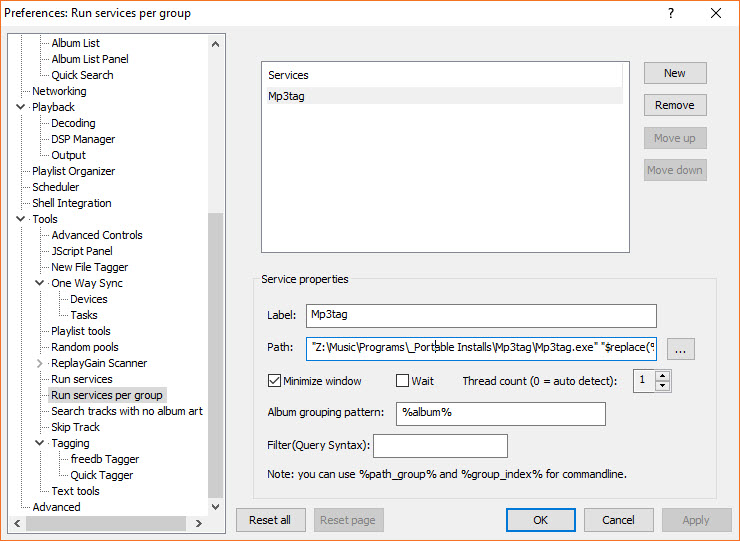 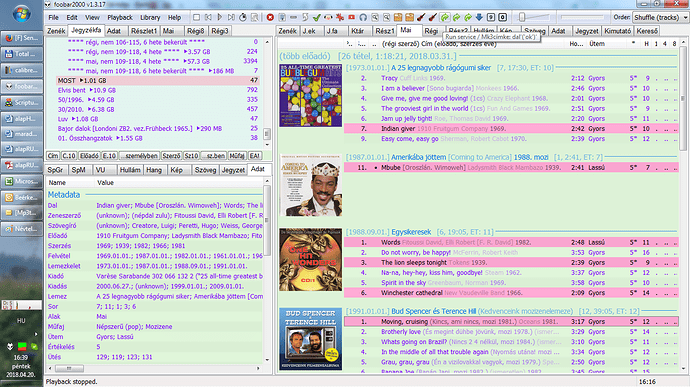 But I have a new idea. Try to find previous version of foo_run, and test it.
...
Sorry, could not find it. @Florian, may I ask you to point to?

Stevehero, I think, previously you did not understand me exactly. Not (only) the help file itself is the point. If a public program does not have english help, it means, that its creator does not care about users. He is negligent. And such quality is the program itself. For such a program to spent a big time: error.

And such quality is the program itself. For such a program to spent a big time: error.

Why is the quality of it determined whether or not the help is in English? Not everyone speaks it as their first language. 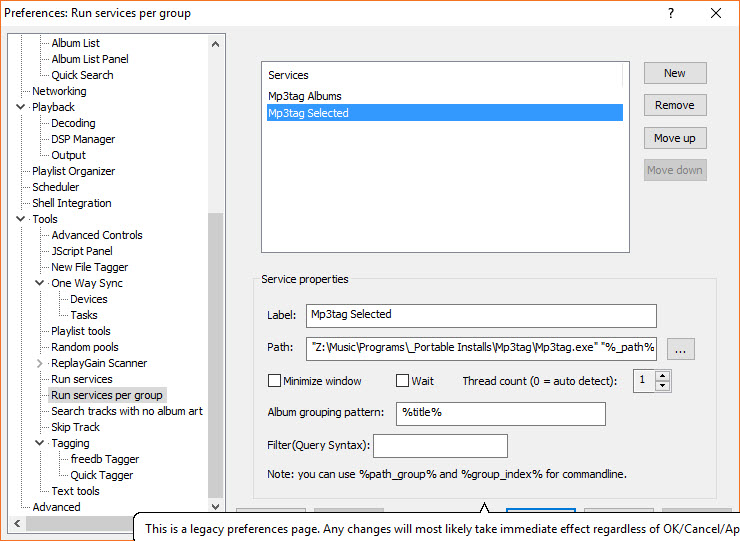 Thank you, @stevehero, now it works.

But it helped (someone...) in diagnostics: from foo_run remained only common with foo_run_group elements (+foobar and Mp3tag, of course).

Later I shall diagnose it with clean fresh foobar installation, adding plugins one-by-one. May be, one of them conflicts with foo_run (and same others). Sending multiple files from Total Commander (or Explorer) through the shell works without problem.

Maybe try %_path% in the Album grouping title and check the wait checkbox.

Works every time for me.

Does not work, because of wait checkbox.
Without: sometimes work well, sometimes not. Same, as foo_run. Tried many times. Foobar refreshed from last stable to last beta, no difference.

Only as an "indicator"