I’ve just released Mp3tag for Mac v1.6 and there are many changes and improvements, some of which I want to highlight here for you:

It’s probably one of the most requested features and something I initially planned to not support for the Mac version. However, there are a lot of power-users out there who were missing support for, e.g., Beatport, Apple Music, or Bandcamp. And I’m also a user of Mp3tag myself

So here it is — I hope all the existing Custom Tag Sources are working as expected. If you find something that’s not, please let me know (including the details) via Help → Send Feedback.

The previous version also added support for WavPack, a lossless audio format that’s quite popular next to FLAC and ALAC.

I’ve also worked on mainly fixes that don’t make it into dedicated mentions in this newsletter. However, if you’re interested, you can inspect them all via the Mp3tag for Mac changelog. If something is unclear or sparks your interest, please don’t hesitate to ask.

It's a free update! You can update the Mac App Store version via the Update tab in the App Store app and the standalone version from within the app via File → Check for Updates.

And if you’re not yet using Mp3tag for Mac, you can always get the 7-day trial version — only days you’re using the app are counted.

Thank you for reading, your interest, and your support. 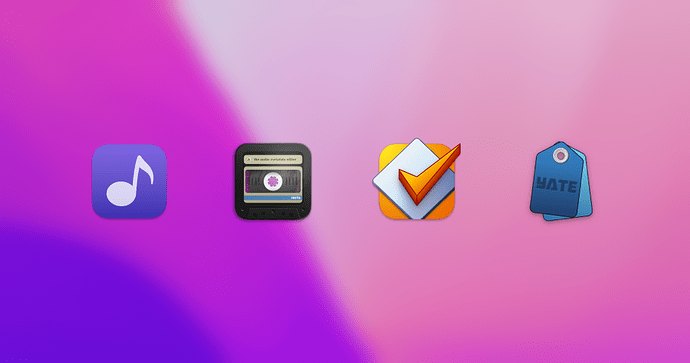 Doppler for Mac 2.1 is the biggest update to Doppler's macOS app since it launched last year. Today's update is focused on three important parts of the app: setup, storage and organisation. Download Doppler for Mac 2.1 Import Library from...

I'm particularly happy about the interplay between Mp3tag and Doppler 2.1. You can now open Mp3tag from within Doppler via a new "Edit Info With" menu item and any changes you perform from within Mp3tag are automatically re-imported to Doppler. This means no manual refreshing or removing/re-adding of files