Appreciate if I can also get Wikipedia version as Tag source as well.

It's already been answered here:

The current beta of Mp3tag for Mac doesn't have any support for custom web sources (like the iTunes source you've linked to). It's also one of the features that is not planned for the final version 1.0.

It's currently supporting MusicBrainz and Discogs and I'm not yet decided if I'll bring the whole Web Sources Framework over to the Mac version in a future release.

Thank you for the quick response. It is a bummer that different web sources are not supported as it is one of the powerful feature of MP3Tag.

Your vote is definitely counted and I agree, that it's a very powerful feature. I think it's also one of the features that are very original to Mp3tag and one of the parts where it inspired other programs.

However, it's also one of the features where new user struggle the most in terms of installation, updating, and getting the most out of it. It requires ongoing support and constant work to keep the sources alive.

And you can't imagine how many "bug reports" I'm receiving for broken web sources and how many hours went into fixing some of them. I've tried to get all the parts right in Mp3tag for Mac and hastily porting the Web Sources Framework didn't feel like fitting into that vision.

I can only imagine the development side nightmare. But willing to contribute if I am allowed to. Thanks in advance.

If this will not be added to the Mac version, would it be possible to extend the data importer from Discogs? There are some "standard" fields that are not imported now, for example Remix Artist (it would be nice to have this imported to the MIXARTIST field). I believe Featured Artist is also not imported.

Example for clarification on remix artist: 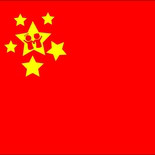 View credits, reviews, tracks and shop for the 2008 CD release of "Feel My China II" on Discogs.

In the tracklist there are a bunch of artists under "Remix -" which currently on Mac are completely ignored, all the tracks only get the main (in this case Album artist) tag and this is not really correct.

Thank you for considering this!

I've added importing of remix artists to MIXARTIST with v1.3.2.

Hi Florian. Long time lurker, long time Windows MP3Tag user and sometimes donor, now a MP3Tag Mac customer. Thank you for putting in the time and effort to bring this to the Mac. The lack of MP3Tag was one of my greatest regrets moving to a Mac and I'm so glad I don't have to rely on a Windows VM for my tagging needs anymore.

Anyhow, I would like to add another vote to adding custom web sources to the Mac version. I understand if it is too much of a burden, but it is certainly one of the best (and unique) features of MP3Tag.

Thanks! I'd add a vote for expanding the tag sources. So far in my collection the ratio of "unknowns" to "knowns" is about 1:3. When using CDDB in iTunes it's closer to 1:1000.

Hi I believe I will not be able to use the Beatport.com WSS on my Mac Mini (which arrives tomorrow). Is there a place to vote for this feature for Mac or is this something that I would just need to make peace will not ever happen on Mac?

Edit: Would anyone know if I could use Crossover as a fix for this? I'll download the trial and test it once I'm set up.

I'm closing this one to try bundling the discussion into one topic.