Are there any NAS users out there who have managed to get the 'Library' feature to work?
I have looked through previous posts about this, dated a few years ago, so I have tried:

I am using Windows 11, my NAS is a Synology Diskstation connected directly to my PC via CAT6, and Mp3tag is v3.18.

In your case I would just DISABLE the library: 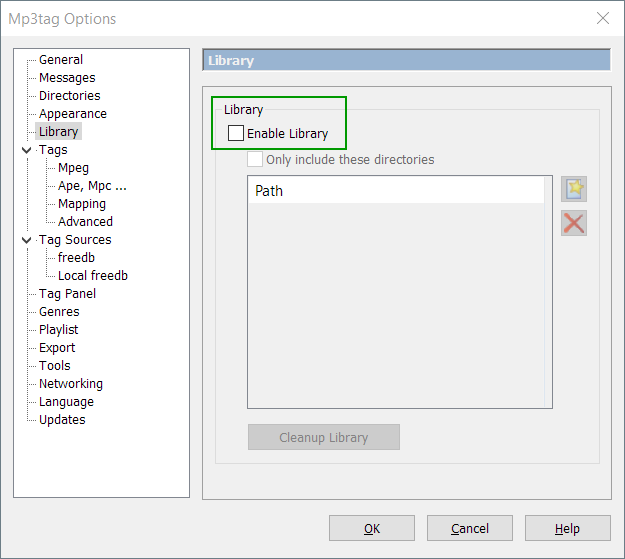 I don't think that in your current environment the library will speed up the loading process significantly.

But it will also not slow down the process as the library is on the internal drive - which runs at an access speed of up to 6GBps whereas the NAS will be connected with 1 Gbps at the most. Yet, Windows never reaches that speed.

The bottleneck is the LAN connection.

describes the cable standard but not the connection speed. You may have to check which speed has been negotiated if you have set the LAN interface to "auto negotiation" or set it manually, to see if the 1Gbps can be set.

AFAIU the library tries to read the metadata (incl. the cover) from every song in the Mp3tag file list.
This means, every song has to be loaded from the NAS over the network. This speed is limited by the LAN interface (as @ohrenkino already wrote).

Most LAN interfaces should run at 1 Gbit/s Speed 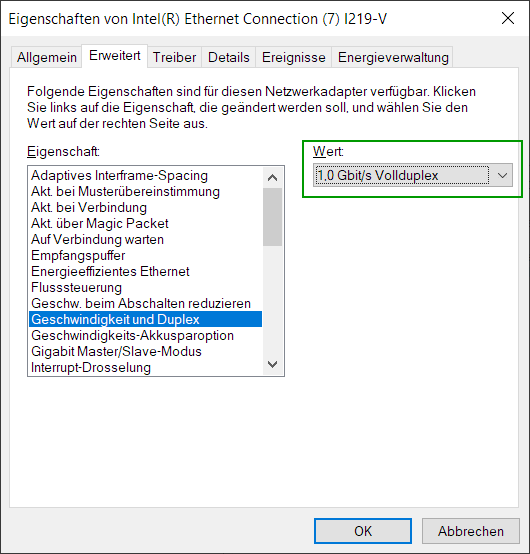 image530×554 15 KB
This is only possible, if the Ethernet adapter in your device, the used LAN cable, your Switch or Router and your NAS-Ethernet adapter all support this 1 Gbit/s speed.

If I copy many songs from my PC to my Synology NAS, I get a speed (showed by Windows File Explorer) about 110 MB/s at highest value. Most of the time it is lower, because many small files reduce the speed. Bigger files (with several gigabyte size like movies) get the better speed.

My connection is 1Gb, however, I thought the purpose of the Library feature was to catalogue the library, so it only re-reads files modified since the last time Mp3tag was opened.
For example, at its slowest, File Explorer copies a ~1Gb file from my NAS to my PC in ~10 seconds. How long should it take to check ~90,000 files' properties to see if they have been modified?

How long should it take to check ~90,000 files' properties to see if they have been modified?

A first indicator would be the modified date.
If that is younger than the one in the library, the whole tag has to be read.
So it would be a question of how fast the NAS can deliver the data from the file header.

I thought the purpose of the Library feature was to catalogue the library, so it only re-reads files modified since the last time Mp3tag was opened.

No, the purpose of the library was to enable MP3tag to read larger collections as some of the tag data (esp. pictures) was transferred to the library.
A welcome side-effect was, that it also sped up reading the data for unchanged files.

According to this online calculator 2 TB data would take approx. 37 minutes to be transferred over a 1 Gbit/s connection: 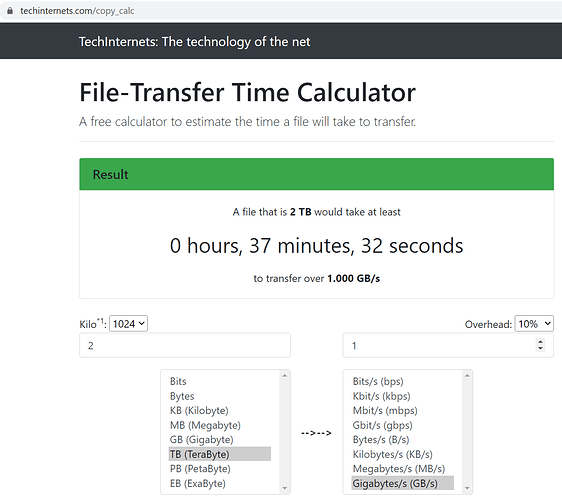 So your initial value:

seems to be pretty accurate.

Currently, it's ploughing through the entire library. I have closed, then immediately re-launched Mp3tag.

Yes, you have to read all the files once to setup the library.
In many cases the next reading will be quicker, depending on the amount of modified files.

Sorry, I'm not techy when it comes to networks, so I'm not being facetious, but surely transferring files and reading their 'modified' properties are significantly different?

The first time you read a new or modified song, it has to be read/transferred completely from NAS to get all the included metadata and pictures/covers into the local Mp3tag library.

For the second and further runs, it should only check the modified (or last accessed?) date. You can't be sure that your NAS has not touched/changed your files for example by an indexing task, any audio- or backup-software running on your NAS.

That's plausible, as my NAS does auto-index my music library.
Thanks, that may well be the cause.

Just to add:
If you really want MP3tag to start without reading the NAS, then set the options in
Tools>Options>Directories
to e.g. an empty folder.
You can then navigate to the folder with the files that should be edited and load only those.
This might reduce the waiting time.
It won't reduce the time you have to wait to load all the files from the NAS, though.