[X] Blank FLAC fields in Windows 10 after 'save'

Status
I confirm this bug also happens using mp3tag 2.84c.
Initially I thought this is a Microsoft bug, but now I tend to think it is caused by mp3tag.

Persistence/Reproducible
This error situation is persistent, even after a PC reboot.
The problem is easily reproducible given specific music files and a step-by-step procedure.
The occurance is rare and typically I find one track in 20 CDs that has this problem.
One can make a change to demonstrate the error, and then change back to make the error
disappear as often as desired.

Symptoms
In rare cases (possibly just a function of a specific file size) it is possible to cause the following
common attributes to become blank in File Explorer (and File Properties), even though
mp3tag displays them correctly every time:

The change required to cause this problem may be, for example: Thus to reproduce this problem you need a specific music file and apply a specific change (which I happened to come across by chance). Even though this problem rarely happens, I have begun collecting data on the cases when it appears as I find it particularly annoying that the attributes appear blank in Windows 10 although they must exist somewhere in order for mp3tag to pick them up when the same file is re-opened.

If I can post files up to 100 MB, then I can easily document a perfectly reproducible situation
(at least on my current Windows 10 setup, and hopefully on other Windows 10 PCs too.)

I would be very thankful if you could attempt to reproduce this strange behavior as an
ensuing fix would be imminent ... assuming the problem resides here and not in Windows 10.

Oppps... I read that the max. upload size is 200KB. Can someone contact me so I can post the
necessary (FLAC format) files somewhere, or even Email them. I can only upload two pictures of
File Explorer where the problem is visible in Track 13 of this ripped CD and Track 4 of another CD. 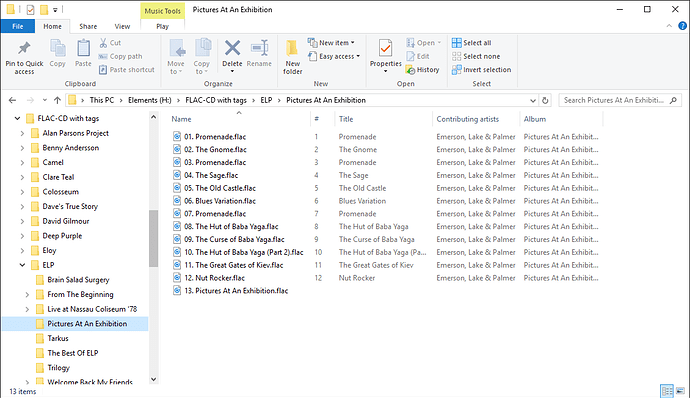 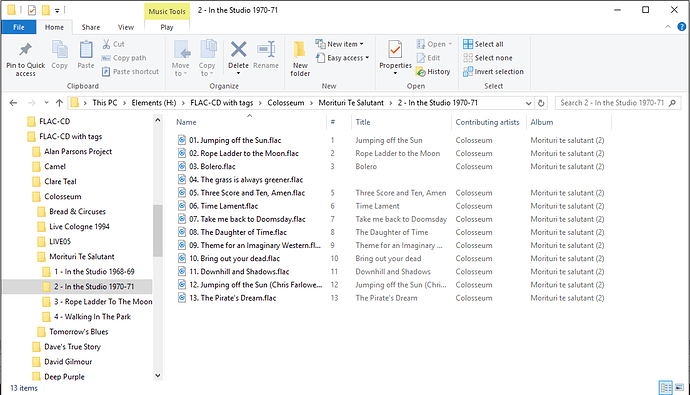 Many thanks for the quick response. Yes, I have reported it in the Windows 10 Feedback Hub. And
because one can only send screenshots (which I provided), and submit a brief monitoring session
(which I did), I also called Microsoft Support.

Microsoft Support in the UK was a dead end - very polite people but no way I could provide them
with information to reproduce the problem.

Microsoft Support in Germany initially wanted money from me - I refused, then offered to send me
an Email where I could submit the problem. No Email came. I tried Microsoft Chat, and after lots
of misunderstanding with pauses to advertise Microsoft products, I got nowhere. However the
lady might have given the initial Support person a PING as the Email then arrived.

Thanks for confirming that this must be a Microsoft bug, which was my initial feeling. If I get
confirmation from them, I'll post an update here too.

Strange how long this error exists! However, with the advent of High Resolution Players, MP3 format
may slowly be taken over by FLAC format. I sincerely hope so...